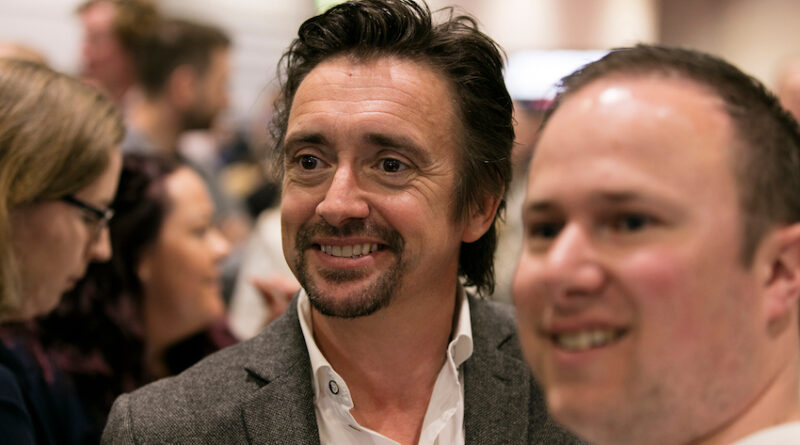 Ahead of the London Classic Car Show, Richard Hammond had his say on converting classic cars to electric and why only some should make the change.

Hammond will be appearing at the London Classic Car Show on Saturday 26th June for a Q&A session and he will also have his own stand throughout the weekend, which will consist of a series of classic cars which will “tell the story of the workshop.”

Despite his love for classic cars, however, Hammond was quizzed on the subject of converting classic cars to electric; a business that is becoming more and more popular, such as the Everatti’s example of the now electrified Porsche 911 964.

“I believe in being very, very choosy about it,” Hammond said. “I currently seem to own many cars with beautiful straight six engines, and that’s the point of those cars. In some cases the car is little more than a device to carry the engine around. Look at my Mustang 390 GT – the car is a support mechanism to transport the V8 from place to place. It would be criminal to remove that engine.

“However, there are lots of other vehicles that would be simply ideal for such conversions. So it would be an absolute crime in some instances and, quite frankly, the best solution in others. Hopefully, this shake-out will also have the bonus of culling all the garbage. It’s important that when only a few cars are left with combustion engines that they are the good ones as, even if you don’t own one, those are the ones you’d like to see.”

Whilst his love for classic cars is undeniable, Hammond did admit that the one modern car he runs currently is electric.

He said: “If I’m honest, I’ve always loved classic cars much more than new cars. I only run one modern car – a Tesla – all the rest of my cars are classics.”