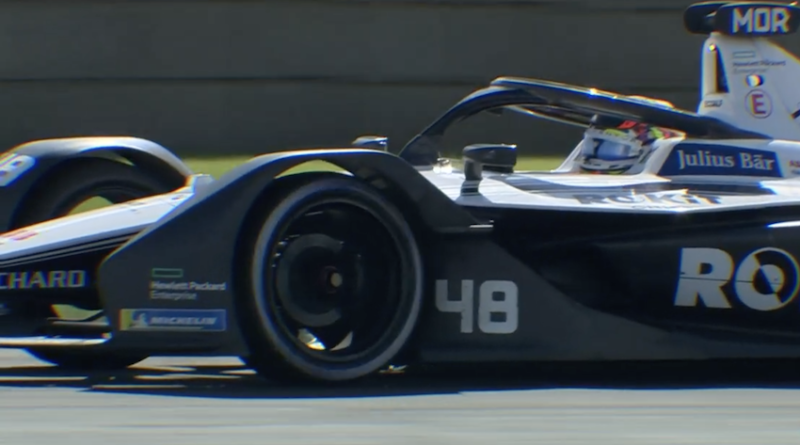 ROKiT Venturi Racing’s Edoardo Mortara claimed only his second Formula E win with a masterful drive that lifted him to the top of the Championship.

The win rounded off a great weekend for the Swiss-Italian driver, having finished third in the first race of the Mexican E-Prix weekend in Puebla.

Having started the race in eighth position in the Formula E World Championship, a combined total of 40 points across the weekend lifts Mortara to the very top of the leaderboard, with a ten-point gap on second place Robin Frijns.

The rest of the podium places were made up by Porsche’s Pascal Wehrlein and Envision Virgin Racing’s Nick Cassidy, who both recovered from disappointing results in the first race in Puebla.

Nissan E.Dams’ Oliver Rowland started the race in pole and did well off the line to maintain his position, but Mortara made a purposeful start, out-braking Wehrlein into the first turn.

Positions chopped and changed but the one constant was Rowland who had begun to build a sizeable gap, despite running slightly wide on a tight turn 7.

The Brit Rowland triggered his first Attack Mode at the earliest opportunity, and while he slipped back down into fourth place monetarily, his extra boost of power allowed him to jump back in the lead ahead of BMW’s Jake Dennis who had just been keeping Rowland’s seat warm.

The use of Attack Mode became a tactical game of chess, with Rowland activating his second boost after Werhlein triggered his first. Werhlein then activated his second Attack Mode on the very next lap.

The battle at the top of the gird was turning into a tense arm-wrestle, but elsewhere, the action was a lot more frantic as Mercedes-EQ’s Nyck de Vries was sent to the pits with a puncture as he came into contact with Lucas Di Grassi, who received a drive-through penalty for his part in the collision.

Di Grassi was at the centre of the action once again as he ran into the back of Jaguar’s Sam Bird who was side-by-side with Nissan’s Sebastian Buemi.

Back up front, Werhlein was in hot pursuit of Rowland, who had slipped behind leader Mortara. A mistake from Rowland saw the Brit clip the wall on turn 7, allowing Werhlein to push through and hunt down Mortara.

The Porsche driver was hot on the heels of the leader, but Werhlein ran ever so slightly wide at turn 7 which allowed Mortara to peel away and build a comfortable gap between the pair.

Turn 7 was a pivotal corner of the circuit, claiming another victim in the form of reigning champion Antonio Felix da Costa, who thumped into the wall and was forced to retire.

With just over a minute left on the clock, Rowland was scrambling to hold onto a podium position, but it was to no avail as Cassidy moved past him to make amends for a difficult first race in Puebla. It was heartbreak for Rowland who had qualified in pole and raced well up to a point.

It was a textbook driver from Mortara who saw out the final lap with ease to finish in front of Werhlein, who had made up for his last-minute disqualification in Round 8.

Nick Cassidy finished in third and the result catapults Edoardo Mortara up to the top of the drivers’ standings, ahead of Envision Virgin Racing’s Robin Frijns and DS Techeetah’s Antonio Felix da Costa.

At the end of the Puebla E-Prix weekend, Mercedes-EQ remains top of teams standings, in front of DS Techeetah and Jaguar Racing.

Formula E heads to the Big Apple for the next rounds of racing, with the New York E-Prix taking place on 10th – 11th July.