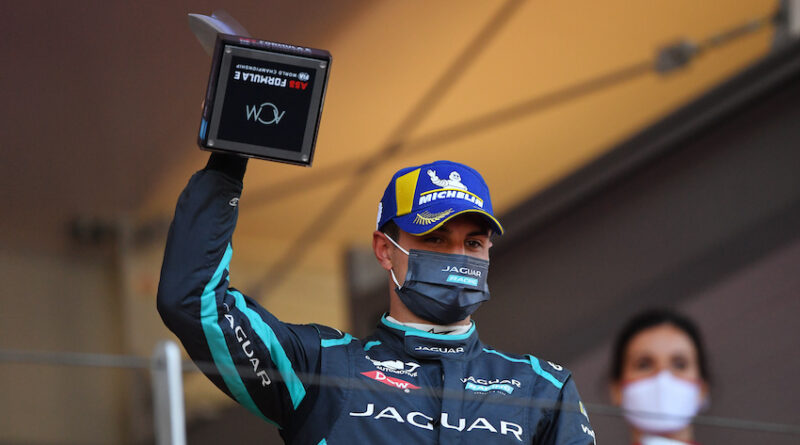 Jaguar Racing’s Mitch Evans spoke to EV Powered about the challenges he expects to face at the upcoming Formula E weekend in Puebla, Mexico.

After a mid-season break, Formula E heads back to Mexico but this time in a brand-new location, Puebla. Here, drivers will be going head-to-head on the Autodromo Miguel E. Abed circuit, a permanent, 2.98km, 15-turn track.

Permanent circuits have resulted in chaos and excitement already this season, with the majority of drivers failing to finish the first race in the weekend in Valencia.

“I think it’s going to be a big challenge for many reasons,” he said. “The permanent facilities seem to be more energy demanding than street tracks. I don’t think it will be as extreme as Valencia in terms of energy management but definitely on the aggressive side so it’ll be very challenging.”

The weekend in Mexico is the first race back after almost six weeks after the Monaco E-Prix, which saw Evans narrowly miss out on top spot on the final corner.

Despite the last-minute heartache for Evans, he managed to secure his third podium of the season which places him third in the drivers’ standings heading into Puebla. The mid-season break came at the wrong time for Evans, however, who was keen to build on his momentum following his podium in Monaco.

He said: “It’s never nice having a huge break in between races. I had good momentum after Monaco so I just wanted to keep the races rolling. We’ve done good work and it does allow teams to catch up that maybe haven’t quite been there on our page, but it is what it is. Hopefully, we can continue our good form into this weekend.”

One of the highlights of this weekend in Mexico is the return of the fans, as Formula E looks to welcome back 10,000 spectators for the first time this season.

“It’s going to be great to have fans back,” said Evans. It’s only 10,000 but it’s better than nothing. Fans have a huge impact on the atmosphere on the race and you notice it a lot. To have fans back is awesome. Mexican fans are very passionate and are really into their racing and they get behind Formula E a lot, so it’s a good place to have an audience. It’s going to be cool and hopefully we can continue have fans at other races.”