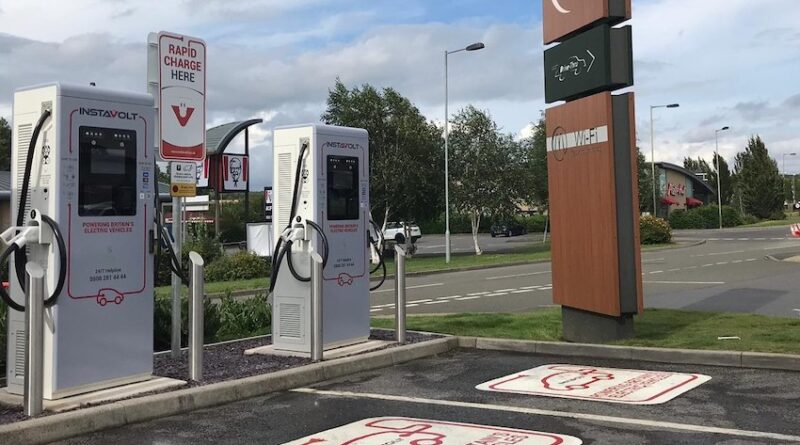 InstaVolt has announced the installation of its fastest charger units yet, which can add over 100 miles of range in just 15 minutes.

According to the charging network, the new units will reduce charging time by up to 50% compared to a 50kW charger. The new rapid chargers will be deployed across all future installations, including InstaVolt’s McDonalds and Costa Coffee sites nationwide.

Already ten of the chargers are live on the InstaVolt network, including four units at Solstice Services on the A303 in Amesbury.

The announcement follows comments made by Downing Street’s press secretary, Allegra Stratton, who said electric vehicles aren’t ready for long journeys yet. InstaVolt claims this move is indicative of proving its commitment to improving reliability, speed and availability for the EV network.

Adrian Keen, CEO of InstaVolt, said: “Offering new and improved public charging technology across the UK is vital to increase the uptake of EVs. Being able to deliver even quicker charging speeds, while also maintaining excellent reliability is what drives InstaVolt forward.

“We’re incredibly pleased to be the first charging network to install BYD public chargers in the UK. Delivering this new and improved technology across locations such as McDonald’s and Costa will mean that any EV driver passing through these locations can speedily charge their car.”

The charging network has now set its sights on rolling out even faster chargers of more than 150kW to the market in this financial year and will continue to be powered by 100% renewable energy. The new units from BYD have one CCS and one CHAdeMO connector on each unit allowing two cars to be charged at once.