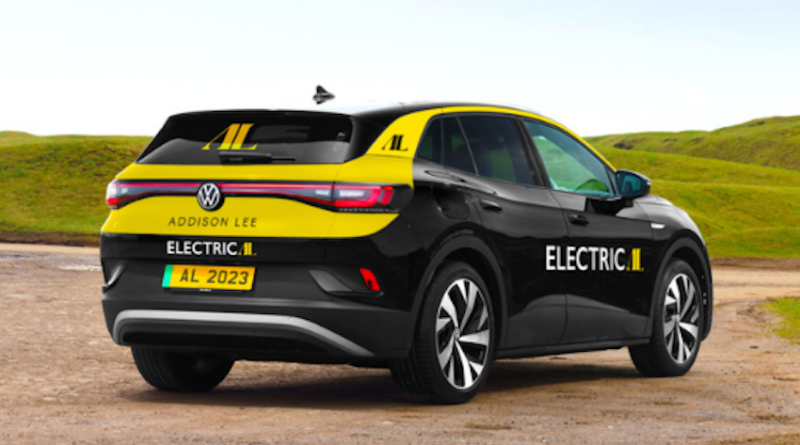 Addison Lee has confirmed plans to invest £160 million to transform its 4,000 passenger vehicle fleet over to electric.

The firm said it wants to lead the way for London’s taxi and private hire industry by becoming the first operator to make the switch over to electric.

The transition will begin with Addison Lee’s partnership with Volkswagen and the introduction of the I.D 4 SUV’s which will be rolled out onto the roads every month from November.

Addison Lee’s journey to becoming fully electric has already began, however, with 650 zero-emission taxis already on the road thanks to the company’s takeover of black taxi platform ComCab earlier this year.

The ambitious target also puts Addison Lee out in front of its rival Uber, which had previously announced plans to electrify its fleet by 2025.

In addition, the firm will support its shift to electric vehicles by are launching a ‘Future of Mobility’ fund, which will provide £3.5 million to support drivers with charging infrastructure. The fund will be used to invest in charging infrastructure and the fleet, support drivers with the cost of the Congestion Charge, and pay for projects that improve the environment in London, including Green Screens initiative, where Addison Lee installs pollution-absorbing plant walls in primary schools.

Addison Lee chief executive Liam Griffin told the Evening Standard: “As the transport provider of choice for many businesses and passengers, we know that we play a critical role in London’s transport network.

“Over the years, we have invested in our vehicles and technology to ensure we do all we can to make London a greener place.

“We are now going even further, by partnering with Volkswagen to invest in a rapid transition to electric.”