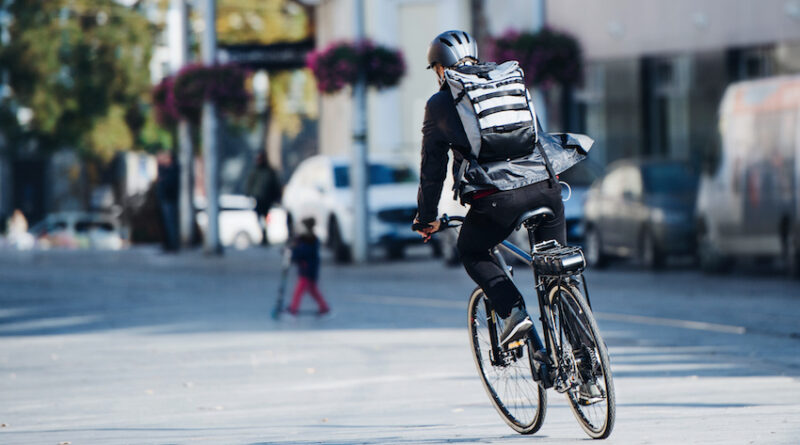 Group managing editor of EV Powered, Richard Alvin, believes the popularity of e-bikes will continue to grow despite confusing regulations.

The world of electric transport is becoming increasingly popular, and that stretches beyond cars. Figures for last year show that in the ten months to October 2020, the UK government reported some 50,626 e-bikes entering the UK from the EU, a 23.6% increase on the 2019 total of 101,362.

Sales are again expected to increase this year, with some estimates for 2022 showing at least a 30% increase in demand. In addition to this, the anxiety surrounding public transport and the focus on health and wellbeing during the coronavirus pandemic has also benefited the e-bike industry, according to the group managing editor of EV Powered, Richard Alvin.

“We’ve become a risk-averse nation living in fear of catching coronavirus and so people have sought new ways to get from A to B,” he said. “Before, they had close to no concerns about travelling by Tube, train or bus, they now want to limit the amount of unnecessary contact and face to face encounters. E-bikes are perfect in this situation due to their speed and ability to help travellers get to their destinations in a safe way.

“The pandemic changed the e-bike market around the world. With people confined to their homes, many only allowed to do one hour of outdoor exercise per day, led them to take to two wheels. For these people, bicycles that provide electrical assistance for the rider when pedalling e-bikes have proved an attractive option because they make cycling easier. As a result, sales of e-bikes boomed in 2020, with manufacturers struggling with the demand.”

However, whilst there may be a boom in demand for the electric-two-wheelers, there is a degree of scepticism surrounding them, particularly as many are not aware what actually constitutes an e-bike.

“Well, the definition of an e-bike varies depending on who you ask, that’s for sure,” commented Alvin. “To put it simply, the difference between a normal bike and an e-bike is that they come equipped with an electrical drive system which assists with pedalling. Usually, e-bikes have the same wheels and body geometry – although we’ve seen recent advances in the thickness of wheels and the brake discs – so they are not all that different. Their main purpose is to make it easier for people travelling longer distances to travel by bike, thus reducing their carbon footprint.”

There have also been a few question marks surrounding the safety of e-bikes, particularly when used in urban environments. As a two-wheeled vehicle powered by a ‘motor’, e-bikes have subsequently been compared to motorbikes, which, according to Alvin, is ridiculous.

He said: “Some of the more recent models are definitely more powerful, but to compare to a motorbike, powered by fuel and built with an engine, is just absurd. It’s like comparing a ride along children’s car to the latest Tesla.

“There isn’t a vehicle in the world which is dangerous in its own right. It’s the person behind the wheel, the way they drive, and the other drivers they are surrounded by during travel which usually become the cause of dangerous situations. Sure, if you deliberately pushed the e-bike beyond its capabilities and rode in the middle of a busy road weaving traffic, then sure they are dangerous.”

Although they may not be similar to motorbikes, they are still subject to certain laws and regulation. UK and EU law states that the bikes must not deliver any power without the rider having to pedal. Continuous power must never exceed 250W and power delivery has to cut out at 15.5mph (25km/h), however the user can go faster unassisted.

Around the world, however, there are differing regulations and, according to Alvin, these interpretations of the law are preventing e-bikes from being used to their full potential.

When asked how different regulations impact riders, Alvin said: “It’s frustrating to say the least. The whole principle behind e-bikes is to make it easier for cyclists to travel further distances in an environmentally friendly way. Often, they invest a lot of money in the purchasing of an e-bike and could potentially be unable to use it to its full potential due to differing interpretations of the laws.

“There are a lot fewer grey areas than there were previously, but the one which remains is the 10% margin on the maximum speed allowed when motors are assisting the pedals. Most of the modern motors will cut out when the maximum speed is reached, but we know that many do allow for a little ‘error’. In the future if the technology involved becomes even more advanced and the e-bikes do begin to have a similar specification to a motorbike, then additional regulations will need to be introduced.”

Despite the confusing regulations, there is no denying the popularity of e-bikes, which will only continue to grow, according to Alvin.

Asked if we will soon see more and more e-bikes on the roads, he said: “Yes, in theory we will but that’s only if regulation continues to be tightened and the cost of using an e-bike doesn’t suddenly increase. Look at the recent popularity of electric cars. As a nation we were sceptical at first, and now the government has set an agenda to completely remove the sale of vehicles not powered by electricity.

“E-bikes are not what they used to be. Even though they’ve been around for a long time, it wasn’t really until around the middle of the 2000’s until they became seen as a new form of technologically advanced method of transport, and that’s thanks to the improvements in both batteries and motors.”