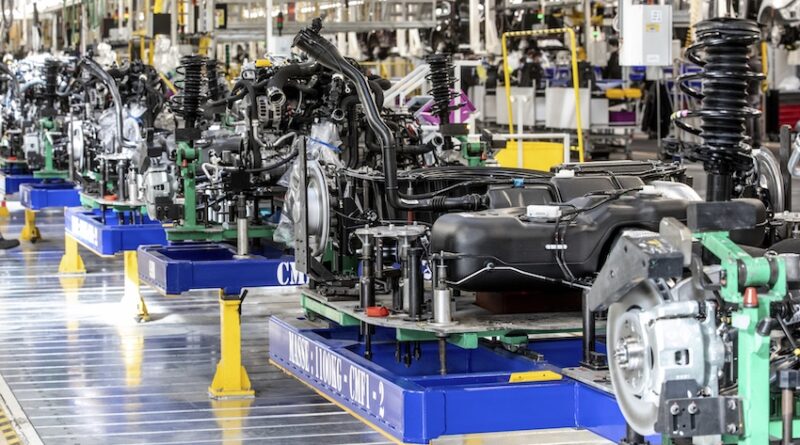 Renault Group and a series of trade unions have signed an agreement to open ElectriCity, the largest electric vehicle production centre in Europe.

As part of the Renaulution strategic plan, Renault Group and the representative trade unions (CFDT, CFE-CGC, CFTC, CGT, FO and SUD) have signed an agreement for the future of the Renault sites in the Hauts-de-France region.

The agreement is to create Renault ElectriCity: the legal entity wholly owned by Renault SAS which will group together the industrial sites of Douai, Maubeuge and Ruitz, totalling nearly 5,000 employees.

By creating this single entity, Renault Group aims to make these plants the most competitive and efficient production unit for electric vehicles in Europe, with 400,000 vehicles produced per year by 2025.

With this agreement, Renault Group has set itself three major objectives; To enable the deployment of a robust and coherent industrial project for all three plants; To achieve operational excellence by relying on a managerial model, a social model and the modernisation of production sites; and to develop the attractiveness of the Northern Industrial Cluster to build an infrastructure for key electric vehicle components.

To support this project, Renault Group plans to create 700 permanent jobs between 2022 and the end of 2024, with 350 new hires at the Maubeuge site and 350 new hires spread over the Douai and Ruitz sites. This recruitment will take place within the framework of shared approaches with local employment missions, Pôle Emploi and all the stakeholders in the region.

Luciano Biondo, director of Renault ElectriCity, commented: “I am very proud to have contributed to the creation of Renault ElectriCity, a symbol of Renault’s know-how and technological innovation, and to participate to the enhancement of the economic and social attractiveness of Hauts-de-France in Europe. This agreement, signed with all the trade unions, is proof that the commitment of employees, constructive social dialogue and a strong local presence are key to setting up a robust and attractive industrial model.”

In conjunction with its R&D functions, Renault Group will form partnerships with universities to set up training schemes adapted to the changing automotive market and will contribute to research work.

Renault Group will also participate in innovation initiatives in partnership with start-ups and specialised entities to support future developments in the automotive world by participating in ‘Incubator’ type initiatives. Renault Group will also work to demonstrate the advantages of locating both the battery factory project and other partners producing electric vehicle components near its factories.