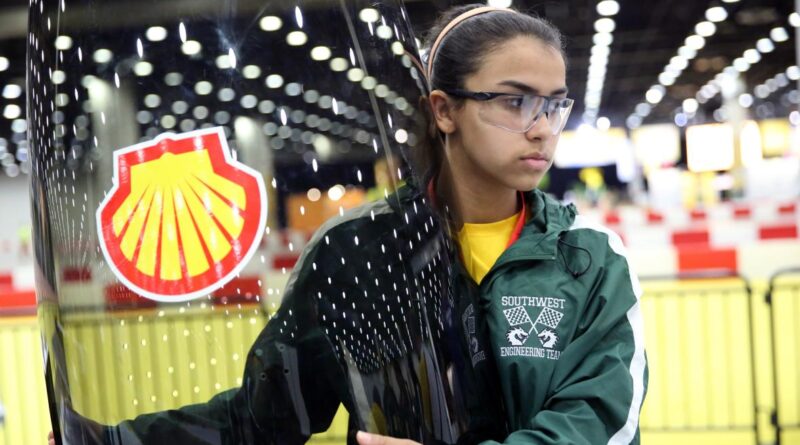 Royal Dutch Shell plans to operate as many as 2.5 million electric vehicle charging points globally by 2030 under a new emissions-reduction strategy that will see its oil output decline.

The Anglo-Dutch oil giant sought to flesh out its 2050 net zero emissions goal with a plan to focus on customer-facing business such as electricity sales, rather than power generation like its peers. It intends to operate half a million charging points by 2025, up from 60,000 today, and could increase this to 2.5 million by the end of the decade.

Shell also plans to grow its businesses in carbon capture and storage, “nature-based solutions” such as tree-planting, biofuels and hydrogen.

It confirmed that its oil output had peaked in 2019, at 1.9 million barrels per day, and said it expected production to fall by 1 per cent to 2 per cent each year.

The strategy appeared to underwhelm investors and the “B” shares fell 2.1 per cent to close at £12.79 yesterday.

Shell is Europe’s biggest oil company, employing about 80,000 people. Last year it fell to a record $19.9 billion loss after the pandemic triggered a collapse in oil demand and prices.

Shell has committed to eliminate the carbon footprint associated with all the energy products it sells by 2050. It said it planned to double the volume of electricity it sells by 2030, supplying more than 15 million homes and businesses worldwide, up from a million today.

However, it eschewed the kind of bold power generation targets adopted by many of its peers and said its investment in “renewables and energy solutions” would be between $2-3 billion a year, or as little as 9 per cent of its total spending. “Renewable power will be central to achieving our net carbon footprint targets [but] in order to sell this product, you don’t necessarily need to own the generation capacity,” Jessica Uhl, the chief financial officer, said.

Shell set its net zero emissions goal in April last year but confused matters by saying this would require only a 65 per cent drop in the “carbon intensity” of the products it sells and that it would rely on its customers offsetting the emissions from its remaining oil and gas sales to achieve net zero.

Yesterday it said it was “clarifying the concept” by making it a 100 per cent intensity reduction target, although this will still rely on customers’ actions. “There is in a way no change, but there is some change,” Ben van Beurden, the chief executive, said.

Shell also set interim intensity goals and said that it would submit an “energy transition plan” to its shareholders this year for an advisory vote.

It has come under fire from Greenpeace for failing to commit to a clear cut in oil output. Van Beurden claimed this “doesn’t really matter too much because in the end, the impact that we have on society is through the carbon that we sell to our customers”.

He said it would “do no service to the planet” to simply sell oil and gas produced by others and that Shell’s efforts were better focused on helping its customers to stop using such products, which would ultimately render the supply of oil and gas “an irrelevancy”.

Britain’s two biggest oil companies are both aiming for net zero emissions by 2050, but Shell and BP have very different interpretations of what that means and how best to achieve it.

Shell’s goal requires eliminating all emissions associated with all the oil and gas products it sells — not just the one-third that it pumps out of the ground itself. The Church of England Pensions Board says this is “industry-leading and comprehensive”. Shell has set interim targets for reducing the “carbon intensity”, or emissions per unit, of products it sells up to 2050.

BP’s 2050 goal is, in one sense, more narrow: eliminating the emissions associated with the oil and gas it actually produces (and excluding its stake in Rosneft). It will not eliminate the much larger carbon footprint from selling oil and gas produced by others, instead only halving the carbon intensity of this by 2050.

However, BP has won praise from Greenpeace for committing to cut the total emissions associated with its production, by 35 to 40 per cent by 2030, rather than just setting interim intensity targets like Shell. To do so, BP has committed to pump 40 per cent less oil by 2030, a much steeper cut than Shell’s expectation of a 1 to 2 per cent annual decline.

BP has also set bold goals for green energy deployment: it wants to invest billions of dollars developing 50 gigawatts of renewable power generation by 2050. Shell has set no such targets for capital-intensive power plant construction and instead wants to focus on opportunities further down the energy supply chain, trading and selling power to customers. That will entail a big focus on electric vehicle charging, with a target of 2.5 million charge points globally by 2030, compared with BP’s goal of 70,000.

Despite the differences, Shell and BP still face a fundamentally similar challenge: after a brutal 2020 in which they posted record losses and cut their dividends as oil prices fell, both still need to convince investors that their chosen strategies can thrive in the energy transition.