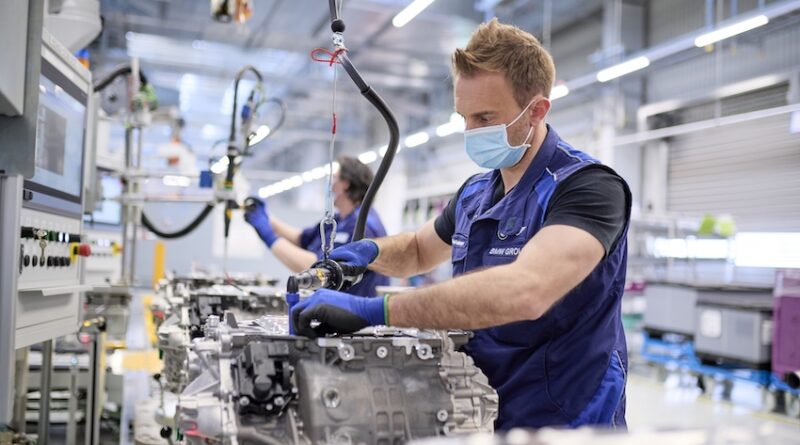 BMW Group has confirmed it is investing more than 500 million euros into the expansion of its production capacity for e-drive trains at its Dingolfing site in Germany.

Production of fifth-generation high-voltage batteries and battery modules for use in the BMW iX and BMW i4 is now underway at the Competence Centre for E-Drive Production in Dingolfing.

Plant Dingolfing has been manufacturing standard high-voltage batteries and battery modules since 2013, when the BMW Group’s first all-electric vehicle, the BMW i3, went into production.

At the same time, the company is also increasing production capacity for its fifth-generation electric motor, which has been built in Dingolfing for the BMW iX3 since 2020 and will also power the BMW iX and BMW i4.

The investment will expand production capacity for e-drives at its Dingolfing location alone between 2020 and 2022 and, from 2022, it will produce e-drives for more than half a million electrified vehicles.

The BMW Group will invest a total of around 790 million euros in expanding capacity for electric powertrain components at its Dingolfing, Leipzig, Regensburg and Steyr locations between 2020 and 2022.

The Group has confirmed that e-drives and high-voltage batteries for these vehicles will all be manufactured at the Competence Centre for E-Drive Production in Dingolfing, and BMW has already begun producing battery components at Plants Regensburg and Leipzig in April and May 2021. In line with the growing demand for e-drives, BMW Group Plants Landshut and Steyr are also stepping up production of e-drive housings.

Dr Michael Nikolaides, senior vice president of production engines and e-Drives for BMW Group, commented: “We expect at least 50% of the vehicles we deliver to our customers worldwide to be electrified by 2030. To achieve this, we are relying on our extensive in-house drive train expertise: We are increasing capacity at existing drive train production locations – like here in Dingolfing – and developing capabilities at others – like recently in Regensburg and Leipzig.”

BMW Group has outlined plans to offer five fully electric models by the end of this year, including the BMW i3, the Mini Cooper SE and the BMW iX3, as well as the two main innovation flagships, the BMW iX and BMW i4.

Between now and 2025, the BMW Group will aim to increase its sales of fully-electric models by an average of well over 50% per year – more than ten times the number of units sold in 2020. Based on its current market forecast, the company also expects at least 50% of its global sales to come from fully electric vehicles in 2030. In total, over the next ten years or so, the BMW Group will be releasing about ten million fully electric vehicles onto the roads.