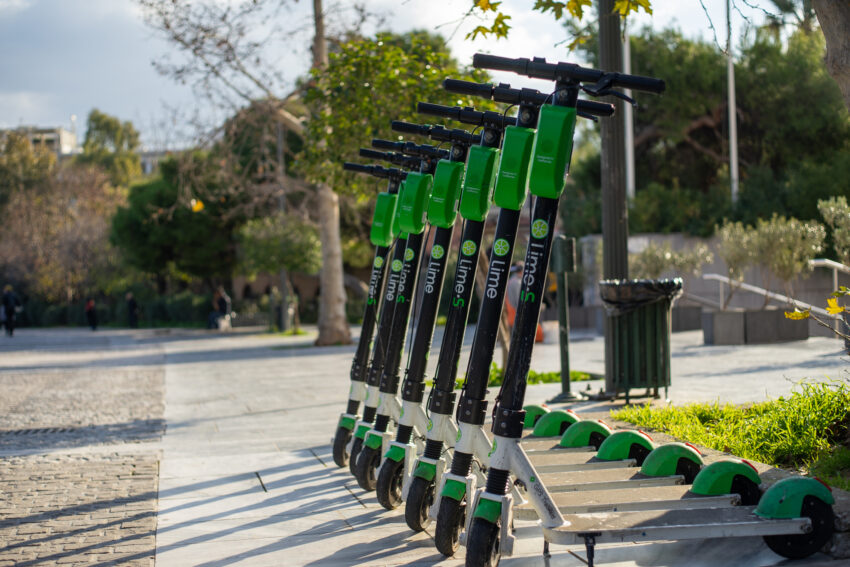 It’s the future of getting around towns and cities, improving air quality, reclaiming streets from car congestion and taking the pressure off public transport. Alternatively, it’s the unleashing of urban transport anarchy.

For advocates of e-scooters, the battery-packed footplates with handlebars represent a long-awaited revolution in individual transportation — or micromobility, in the argot; for their critics, they could be replacing the internal combustion engine with another urban blight — road usage by the unlicensed, the irresponsible or the incapable, road traffic accidents waiting to happen. Cynics merely dismiss them as a fad, in the manner of the Sinclair C5 in the 1980s, and, in Britain’s maritime climate, a mode of transport that will be acutely seasonal.

Nevertheless, this month the government gave the green light to the electric-powered scooter. Indeed, it did so despite the private use of such scooters remaining illegal, regardless of the numbers seen on the country’s streets (and pavements).

On a national level, the government has given the go-ahead for trials of wide-scale renting of the machines. On a local scale, cities and towns are already in the opening stages of offering contracts to operators renting scooters. Places such as Milton Keynes and Teesside are ahead of the curve and the urban conurbations of London, the West Midlands and Manchester are finalising plans.

Although Britain is one of the last adopters of the e-scooter in the developed world, in its favour is the fact that the technology, which is almost exclusively Chinese, has galloped on and operators have condensed to five big players: Lime and Bird, of the United States, and their European rivals Voi, Tier and Dott, typically venture capital-backed as private equity investors race to cash in on the future of mobility.

Lawrence Leuschner, 37, is the founder of Tier, a German operator hailing initially from Berlin that now has 45,000 scooters in 70 towns and cities and is fresh from winning a contract to operate 5,000 machines in Paris. Tier is the German word for animal, thus Mr Leuschner’s slightly self-conscious assertion that “we are a beast in the urban jungle”. More prosaically, the name also stands for taking individual mobility to the next level, the next tier. His 15 per cent stake in the business is said to be worth €45 million already and — in the vogue of corporate eco-warriors — he is pledging to spend his fortune on future green technologies.

Tier has already taken its first shipment of a thousand e-scooters to its depot in west London. “We are now discussing with various municipalities that are looking for mobility solutions, to reduce the number of cars, to take the pressure off public transport, to reduce carbon emissions and who want to improve their air and noise quality,” Mr Leuschner said.

In Europe, riders access e-scooters via an app and are charged on their credit cards, typically €1 to take control of the machines and then between 15 cents and 20 cents per minute of usage. The e-scooters are “free-floating”, or undocked, unlike the Santander “Boris bikes” in London, meaning that you need the GPS on the app to locate your nearest scooter.

Operators typically sign up to concessions with local authorities, where the quid pro quo is that the operators invest in street and cycle lane infrastructure.

Despite London being the great prize for overseas companies coming in, the capital also will be the most complicated. Transport for London has to coalesce with the capital’s 33 boroughs if usage is to be universal. Some, such as Kensington & Chelsea, are known to be against them, not least over concerns about increasing street litter, in which undocked electric bikes have been dumped on pavements.

The operators know that it is in their interests to educate their users to park scooters responsibly in designated areas and some are making commitments to use GPS data to intervene and clear undesirably located scooters. Yet the nascent industry also bridles at the criticism. “People do complain, but we would say that cars are littering cities,” Mr Leuschner said. “We want cities to use their space better.”

If a better urban environment is the goal, safety has to be the priority. To that end, the Department for Transport has demanded that users in trials hold a driving licence and are insured in the event of road traffic accidents. The speed of the rented e-scooters is limited to 25km per hour, or 15.5mph, and the machines are power-capped at 500 watts.

This, though, is where the anomalies and contradictions creep in. No demand for licences and insurance is made for electric bikes — rented or privately owned — just as there are no such obligations on cyclists, who can travel at far in excess of the 15.5mph limit and among whom responsible road use by some appears to be negligible.

Similarly, in the rapid opening up of the market no one is quite certain who is responsible for the enforcement of responsible e-scooter usage extending to drinking-and-scooting. Is it the police, local authorities or the companies?

Emma Silver, European head of public policy at Bird, the American operator, told a recent parliamentary inquiry that black and Asian people, women and younger members of society were less likely to have drivers’ licences and therefore would not be able to participate in the trials. And, as in the world of cycling, any mandatory wearing of helmets would put off some users.

“We don’t want to put up barriers,” she said. “It will reduce usage and that will defeat the object.”