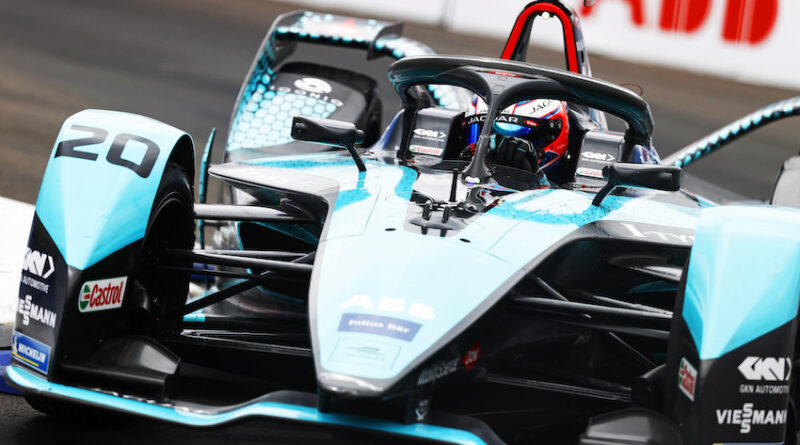 The Formula E World Championship makes its long-awaited return to London this weekend for the penultimate double-header of the season.

East London’s famous docklands and the ExCel Exhibition Centre will host the first London E-Prix since 2016, with the circuit being the first in international racing history to be part-indoors.

Jaguar Racing’s Sam Bird goes into the weekend at the top of the Drivers’ Standings following a spectacular win on the streets of New York City in Round 11.

Hunting Bird down is second-placed, reigning champion Antonio Felix da Costa of DS Techeetah and Robin Frijns of Envision Virgin Racing, who are tied on points and lurking with intent behind the Brit.

There will be a strong British presence on the grid this weekend, with seven drivers all set to be racing on home soil, including BMW i Andretti Motorsport’s Jake Dennis, who said the London E-Prix has all the ingredients to be one of the best races of the season.

The drivers will have to navigate a tight and twisty 2.2-kilometre circuit made up of 22 corners, with a snaking sequence waiting for them at Turns 10 and 11.

Race director for the London E-Prix, Oli McCrudden, said: “We’ve had a London-shaped hole sitting in our calendar! We’re able to race indoors because we’re an electric racing series; we don’t have internal combustion, or the exhaust noise that other championships have.

“The circuit’s 2.2 kilometres long and 22 corners and we’re taking a track from outside, through a car park up an access ramp and into the South Hall of the centre. We’ve developed some key technology to enable us to do this and it’s not been an easy challenge. The aim of the game was always to make sure that when the fans left they would be saying it was the most spectacular thing they’d ever seen.”

NIO 333’s Tom Blomqvist, also commented on the circuit: “The circuit looks super tight, twisty and technical, with slow speed sections, so it’s going to be quite challenging in terms of getting the car set up right and over taking might be slightly difficult from what I have seen running on the sim.

“I think that it’s going to be another typical Formula E event – you’ve got to maximise what you’ve got. The track is going to pose new challenges, and we just have to keep our heads down and not lose faith. As a team we are giving it our all, as we have been doing all season long, and hopefully in London we can nip a few more points and have a good weekend.”

Blomqvist’s teammate and fellow Brit, Oliver Turvey, added: “The new track at the ExCeL looks challenging with half indoor and half outdoor making it unique. I’ve worked hard with the engineers in the simulator to prepare for this new circuit and we’ve made progress over the last races, so I hope to be able to show this in London and achieve the best result possible for the team.

The 2021 Heineken London E-Prix will take place this weekend on 24th and 25th July. Follow EV Powered throughout the weekend to keep up to date with all the action.