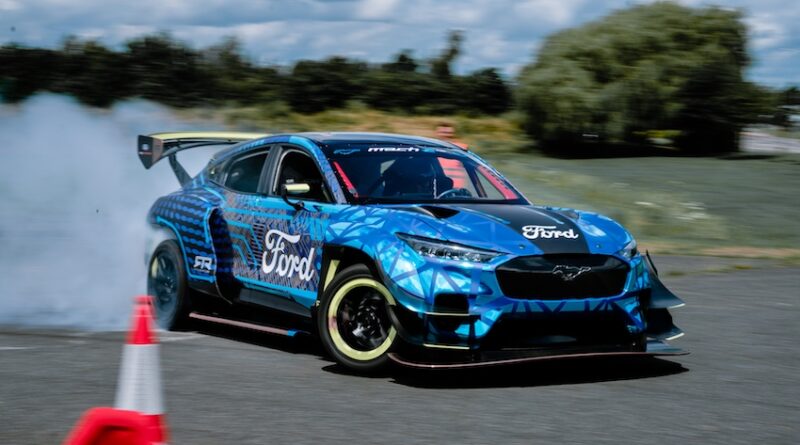 Ford has committed to retaining its ‘fun to drive’ characteristics as the brand transitions to all-electric passenger vehicle powertrains by 2030.

As Ford prepares to showcase an all-electrified line-up of road, competition and concept cars for the first time at the 2021 Goodwood Festival of Speed, the company is doubling down on its commitment for delivering “stimulating and rewarding driving experiences” for customers, whether they choose mild hybrid, full hybrid, plug-in hybrid or all‑electric powertrains.

Ford is already enhancing the driving dynamics of its passenger vehicles by harnessing the performance credentials and further benefits of ultra-responsive, high-torque electrified powertrains.

The carmaker is also looking to expand its fun-to-drive commitment to deliver exceptional experiences for passengers, as well as to make Ford vehicles enjoyable and entertaining when stationary, such as when charging.

Roelant de Waard, general manager of passenger vehicles for Ford of Europe, said: “‘Fun-to-drive’ is in Ford’s DNA. Every vehicle we make is designed to put smiles on faces. Now we’re ready to shift fun-to-drive into a new gear for the all-electric era, supported by innovative new powertrain and connectivity technologies, and starting with our all-new, all-electric Mustang Mach-E.”

Ford earlier this year announced that 100% of its passenger vehicle range in Europe will be zero-emissions capable, all-electric or plug-in hybrid by mid-2026; moving to all-electric by 2030.

At the Goodwood Festival of Speed, Ford will also deliver the global public debut of the Team Fordzilla P1 concept race car – developed with collaboration between the company’s designers and the gaming community – and will reveal further electrified motorsport news on 8th July.

Seen for the first time in an all-new livery celebrating the 55th anniversary of Ford’s famous Le Mans 24 Hours 1-2-3 victory, the Team Fordzilla P1 is the first virtual gaming race car designed in collaboration between the gaming community and a car brand. Almost 250,000 fans voted on Twitter to choose elements including seating position, cockpit-style and drivetrain to create the ultimate virtual race car, designed purely to deliver digital driving thrills.

The vehicle features a dramatic jet fighter-style canopy and combines a Ford GT-like, heavily sculpted front end with a completely exposed rear to highlight the aerodynamics.

Amko Leenarts, director for design at Ford of Europe, said: “To build cars that customers love, you first need to truly understand what customers want. We’ve taken that thinking to extremes with the Team Fordzilla P1 race car, and we’ve applied the same innovative approach to creating our Puma ST Gold Edition that customers will actually be able to order later this year.

“It’s exactly this kind of human-centred design that’s going to take us to a whole new level of fun-to-drive in the electrified era.”

In addition, Ford president and chief executive officer Jim Farley will demonstrate the true fun-to-drive potential of all-electric powertrains as he tackles the Goodwood hill climb in the unique Mustang Mach-E 1400 prototype.