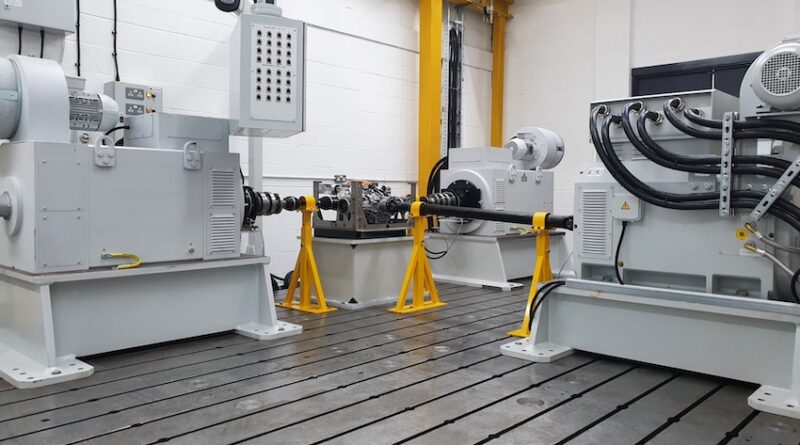 The first of the new facilities can deliver input torque up to 2,500Nm and power up to 525kW, with 350kW and 1,100V of battery emulation; the second accommodates e-machines up to 350kW. The new cells complement existing Drive System Design (DSD) facilities, which include a 450kW highly transient ETPS machine (Engine Torque Pulse Simulator) for hybridised powertrains and three battery emulators.

“This has resulted in a significant increase in worldwide demand, not only for design and development work but also for outsourced validation testing. These additional facilities have extended our ability to provide this for a wide range of hybrid and electric powertrains, and have been configured with sufficient torque capacity to accommodate most commercial vehicles below class 8.”

DSD adds that its testing activities extend beyond routine durability and design validation to encompass many specialised areas, such as transmission control system and shift comfort development. For some clients in the CV sector, electric propulsion requires new skills beyond their established expertise. Even for those more experienced in electric propulsion, the sheer volume of testing required to bring new electrified powertrains to market is causing bottlenecks in capacity that can only be resolved through outsourcing to trusted partners.

“The duty cycles appropriate for electrified CV powertrains are very different to those for passenger cars, so we are providing engineering support to customers moving into this sector for the first time,” continued Kelly. “On the other hand, even customers with long experience in CVs are being surprised by the speed with which the market is changing and are struggling to accommodate the upsurge in test requirements using solely in-house facilities.”

DSD is also developing its automation capabilities within the new facility to help speed up testing, particularly in the case of hot and cold environment testing, which is proving to be one of the great challenges in electrified systems. According to Kelly, tests that previously took six weeks to complete can be finished in half that time with suitably configured automatic control.

Alongside physical testing, DSD is also prioritising powertrain and driveline simulation. The growing diversity of propulsion systems and the increasing complexity of their control mean traditional validation techniques are often too slow, too inefficient and too expensive to meet new vehicle program targets, if used in isolation.

Instead, DSD uses a combination, according to Kelly: “Simulation and physical testing are complementary and highly effective when used together.

“For example, traditional test point-based cycles often don’t accurately represent the real world, but using fast, real-time Rig-In-The-Loop (RIL) simulation subjects the system to much more realistic testing. It also allows the interaction between hardware and software to be more thoroughly validated early in the program, resulting in a more mature solution before investing in prototype vehicles.”