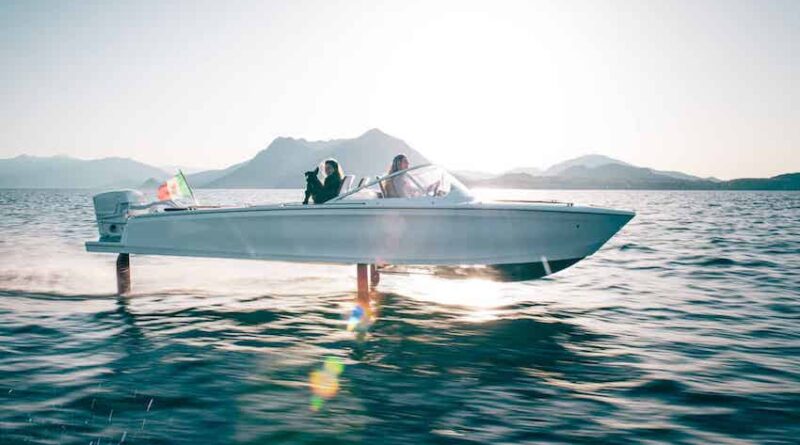 Speaking on the Everything EV podcast, Mikael Mahlberg of Candela explains the technology behind the revolutionary electric hydrofoil boats.

Founded in 2014 in Stockholm, Candela aimed to revolutionise the boating world through electrification and now, seven years on, the company has become the best-selling electric boat company in Europe.

The secret behind the boats is the use of hydrofoiling technology, which was explained by communications manager for Candela, Mikael Mahlberg, who has been with the company since the very first prototype.

He told the Everything EV podcast: “If you look at a conventional boat, you’ll notice that there is a massive weight behind the boat and that weight is proportional to the energy consumption of the boat. If you have a bigger weight, then you use a lot of energy to push the boat.

“If you look at Candela, the whole idea is that you lift the boat out from the water by using hydrofoils, which is like an aircraft wing, of sorts. That flies under the surface of the water and thereby reducing friction by about 80% compared to a conventional boat. We just lift the hull above the water and make it fly, which sounds super simple and you wonder why hasn’t anyone else done that before? But the reason is that it’s pretty hard.

“Once the boat starts flying, it becomes inherently unstable and wants to roll over to one side. We have to constantly balance by moving the foil, just like a gimble or if you were to balance a pen in the palm of your hand. Instead of moving the hand, we move the foil to balance the boat.”

Whilst Candela has championed electric technology, a number of competitors have opted for hydrogen instead. According to Mahlberg, however, the benefits of electric hydrofoiling outweighs those of hydrogen.

“We are technology agnostic,” he said. “We would always do the best solution. If you look at battery power versus hydrogen, at least for a foiling boat, hydrogen is pretty complex. There’s a lot of tanks and a lot of weight; from what we’ve seen in the industry you don’t really get any better range than batteries.

“I would say that’s sort of the same thing for cars. If you look at the Toyota Mirai, it doesn’t have a better range than a Tesla. We’re not looking into that for now, but if you wanted a really long range, say a few hundred nautical miles, hydrogen would probably be an option. Then you need to store it and you need the infrastructure and, above all, if you want to use clean hydrogen you can’t really use fossil fuels to make it. So, some challenges there.”

Looking towards the future, Candela has big plans and has already announced a series of projects which include water taxis and a fully electric ferry which will be able to transport up to 300 people.

“The short term goal for 2024, that’s selling 400 boats and making them,” Mahlberg continued. “We’re aiming to become the number one leisure boat manufacturer, not just electric but globally. That’s a pretty ambitious target but if you take a ride in the C7 or C8, you realise than an electric hydrofoil boat is so much better than anything else. I think that’s perfectly doable.”