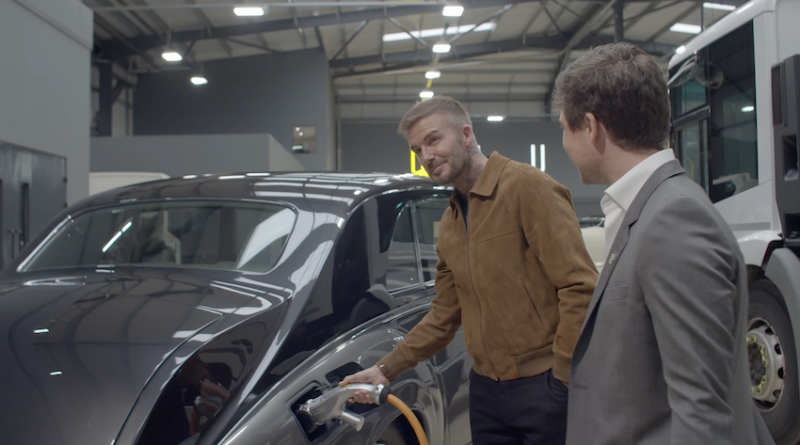 In the latest episode of the Everything EV podcast, Lunaz Design’s CEO, David Lorenz, said new investors will help take the company to the next level.

David Lorenz appeared on the podcast alongside managing director and former F1 technical director, Jon Hilton, to discuss the company’s latest investment from David Beckham and the Barclays family, among others.

Lorenz and Hilton spoke about Lunaz’s existing projects, which consist of converting conventionally powered classic cars into electric ones, and a new venture of converting HGVs and other larger, industrial vehicles.

Speaking about what David Beckham’s investment means to the business, Lorenz commented: “David has joined other investors and they’re strategic investors to take us from where we are today, to look at rolling out into the commercial space. David was initially attracted to Lunaz by what we were doing to the historic vehicles but when he came to understand the wider application and what we were looking for in our future, is when he got really excited about Lunaz.

“It’s about having an active role in the company throughout all of the investors. They all come with great persona around them, and they are great strategic people to take us to our future. They have an understanding of where we want to go with our company and understanding that we have to stop the ‘build new’ mentality and re-engineer what already exists. There are two billion vehicles on this planet, and as we transition to EV, we cannot expect to scrap 2 billion vehicles. It is looking at the ecological impact view that excites everyone that is behind this company.”

Jon Hilton, who was previously the technical director of Renault F1 during Fernando Alonso’s championship winning seasons of 2005 and 2006, discussed some of the challenges that come with converting classic cars to electric.

“I’d say that some of the biggest challenges are in the re-manufacturing of the vehicles,” he said. “The electrification is reasonably well understood now, there is an ever-increasing number of components becoming available to us and we expect the prices of batteries to fall as sales volumes of electric vehicles go up. We have access to all the same components as mainstream car makers.

“On the re-manufacturing side, that’s quite unusual in cars; yes, in the classic car and restoration business, people are doing this, but these are generally small firms doing ten cars a year whereas we want to do thousands. Working out how to do that is quite a piece of engineering that we’re engaged in right now and how to scale this right up to size.”