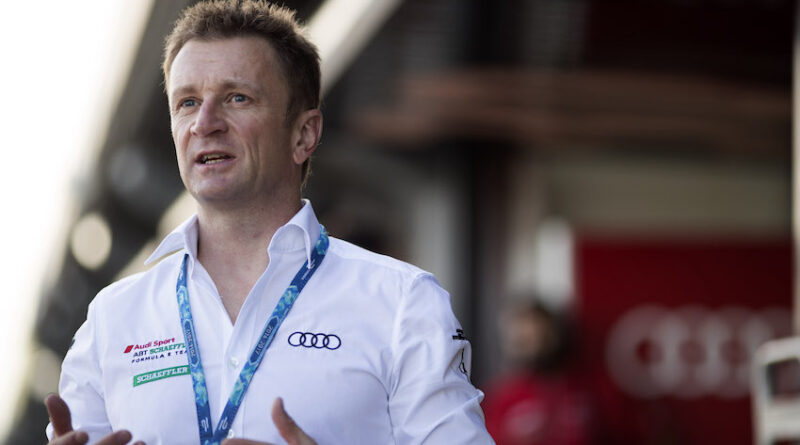 Speaking on the Everything EV Podcast, Audi team principal Allan McNish spoke about his time in Formula E and what lies ahead for the manufacturer.

Season 7 of the ABB FIA Formula E World Championship concluded last weekend in spectacular fashion, and as the season drew to a close, so did Audi Sport’s time in the series.

The German manufacturer signed off from Formula E in style, with Lucas Di Grassi claiming a win on the Saturday and lifting the team up to a very respectable fourth place in what was one of the tightest seasons on record.

This season cements Audi’s standing as one of the most successful teams in the sports history, and speaking on the Everything EV podcast, McNish said the team can be very proud of what they have achieved in Formula E.

Audi has been involved with Formula E since 2014, claiming the very first win in the series. Since then, the team has gone on to claim 14 wins and 47 podiums in 84 races.

Having been with Audi for a number of years, McNish shared his views on how he has seen the series grow and develop in his time.

He said: “The Championship has evolved and it has become significantly more competitive. You cannot have an off day any longer. But as well, we’re evolving into new markets and new countries. Normally, this season, we’d have been in South Korea and Jakarta, and we’d have gone back to China and in Season 8 it’s moving to Canada, for example. They’re going to new markets, and I think it’s a very important thing to develop the Championship, instead of going to traditionally back to the same places as before.

“Overall, I think the Championship reached a high-water point, with everyone involved and that’s going to change in Season 8; that’s not to say it’s on a downward slope, it’s just got a rebalancing before it moves onto the next stage.”

Audi is not the only team, nor the only German manufacturer, to be walking away from Formula E. BMW has announced that it will be stepping away from Andretti and earlier this week, Mercedes confirmed its plans to leave the Championship at the end of next season.

Whilst this may look damaging for the sport, McNish believes the Championship will adapt and survive.

“It’s certainly not from an outward point of view a good sign having three German manufacturers out of four leaving at the same time,” he said. “However, the Championship will pivot. I remember when Audi was the first manufacturer to join and then three followed very, very quickly. Therefore, the Championship was surviving, and it was developing very, very well before that and it will continue to survive. It will just have to adapt, and it will re-align to be more of a team-based situation than necessarily just the big OEMs.

“However, there’s still a lot of OEMs that are still in the paddock and a lot of manufacturers as well. As I said, I think the Championship will evolve but it was a high point to have so many big players in the one game.”

The next chapter for Audi lies with the Dakar Rally and a return to Le Mans, both with electrification at the heart of these two ventures, and it is a new era that excites McNish.

“It’s a huge challenge,” he said. “There’s a two-pronged next step for Audi; one is Dakar and one is returning to Le Mans in the hypercar class. Certainly, with Dakar, that’s going to be technically a massive challenge having an all-electric drive car to do the Dakar, an event over several weeks in the middle of the desert and in such difficult conditions with 600km stages. Trying to achieve that with three electric motors, that were developed in Formula E with a full-concept and an energy converter as well, that is going to be, from the engineering side, the real thumbprint DNA of what Audi is all about.