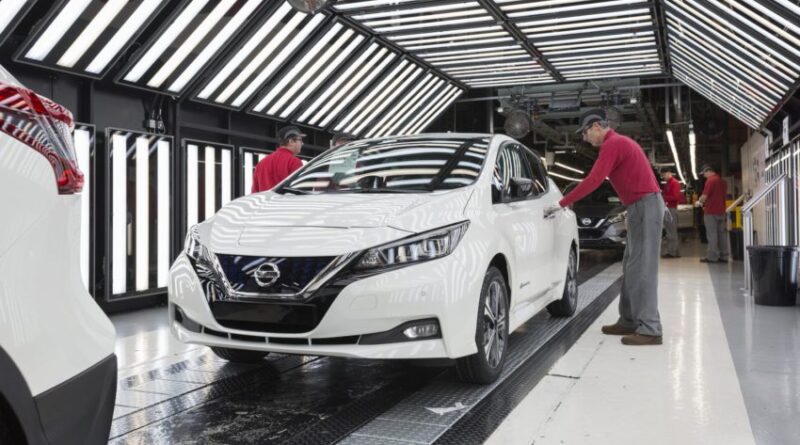 Nissan is to provide thousands of discounted electric vehicles to British Uber drivers in a boost for the carmaker’s Sunderland plant.

The Japanese company has announced a partnership with the American ride-hailing giant to provide 2,000 Nissan Leaf cars to Uber drivers in London at a significant discount. The deal was described as “fantastic” by Grant Shapps, the transport secretary.

The agreement forms part of Uber’s plan to have all of its 45,000 drivers in London using electric cars by 2025. The capital is one of the biggest markets for Uber outside America, with 3.5 million passengers using its app to hail a taxi.

“The partnership with Nissan is a hugely significant step towards meeting this goal,” Jamie Heywood, Uber’s regional general manager for Northern and Eastern Europe, said.

The Nissan Leaf, which costs £26,345 for the base model including the government’s £3,500 grant for EVs, is the world’s bestselling electric car, with more than 400,000 sold since 2010, and its popularity is considered crucial to the British automotive sector, with Sunderland the only plant outside Japan to make it. Just over 4,500 Leafs were sold in the UK in 2019, meaning the Uber deal is expected to give a sizeable lift to domestic sales.

Nissan said it would increase the number of cars that it offers to Uber drivers if initial demand is high. It declined to say how much of a discount it would give, but Uber workers will also be able to draw on savings they have made through the Clean Air Plan. This was an initiative begun by Uber last year that adds 15p to a customer’s fee for every mile driven in London, with the money only to go towards drivers buying an all-electric car.

An Uber driver who does 40 hours of trips a week could expect to save £3,000 towards a new electric vehicle in two years. Once a driver has adopted a fully electric vehicle, the savings from the fee are used to support vehicle costs.

A move towards electric cars may set Uber apart from the growing popularity of rivals such as Bolt, an Estonian company, Kapten, a French start-up, and Ola, an Indian firm, which have been eating into Uber’s market share.

Uber is battling the transport regulator to keep its licence. Transport for London said it was not a “fit and proper” operator and stripped it of its licence in November. Uber is appealing.