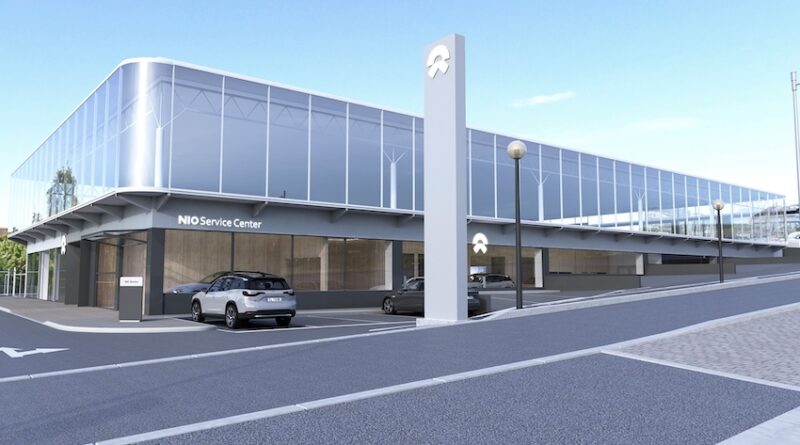 Chinese electric vehicle manufacturer NIO is bringing its two flagship models to Europe after announcing plans to launch in Norway.

NIO said its electric-SUV, the ES8, will be the first model brought to the European market, followed by the all-electric smart sedan ET7 which will launch next year. Pre-orders for the ES8 will be available from July 2021 and the first vehicles are expected to be delivered from September 2021.

The company intends to establish its entire product and service portfolio in Europe, including the ‘NIO Power Swap technology’ which enables vehicle batteries to be automatically replaced within three minutes.

The first four stations are scheduled to go into operation before the end of 2021 with more swap stations being added in 2022.

NIO has also established a fully-fledged NIO service and delivery centre in Oslo, with plans to also open a service network in four other cities – Bergen, Stavanger, Trondheim and Kristiansand – in 2021.

NIO CEO and founder, William Li, commented: “From the beginning, we have been a company with a global focus. We have been operating our design centre in Munich since 2015, we have a performance team in Oxford, and we have our software team in San José in Silicon Valley. We now employ more than 9000 people from 45 countries. We were the first to enter the market in China. Now it’s about introducing our brand and our products in Europe.”

The company is also opening a 2000 square metre ‘NIO House’ in the centre of Oslo in the summer which will offer an insight into the NIO brand and will include conference rooms, children play areas and other experiences. Four more ‘NIO Spaces’ will open in the four aforementioned cities.

Marius Hayler, managing director of NIO Norway AS, said: “A new chapter in electric mobility is beginning in Norway. Just as the smartphone has replaced the mobile phone, smart EVs will now redefine the customer experience. Owning an NIO vehicle means gaining access to exciting opportunities and communities that will enrich users’ lives beyond a premium electric vehicle. That is why we aim to build a community around NIO in Norway.”

William Li added: “In Europe, Norway is at the forefront of e-mobility and sustainable growth. When combined with the country’s strong sense of community and high purchasing power, it is an extremely attractive market for NIO in Europe. There Is no doubt that Norway and NIO are a perfect fit.”