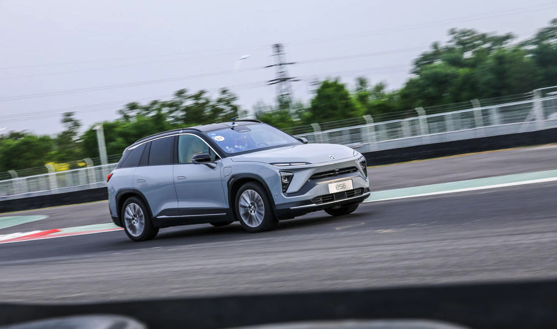 Chinese electric vehicle manufacturer Nio has launched a battery leasing service based on its innovative battery swap system so drivers can buy a vehicle for a lower initial cost.

The Battery as a Service (BaaS) scheme enables customers to buy a Nio EV without the expensive battery pack element. They can then rent packs monthly, with the ability to swap between batteries of different sizes and range.

Nio’s cars are designed with removable battery packs and the firm has already established a network of 143 rapid battery-swapping stations in China. The new scheme will make use of those facilities. By the end of next year, Nio plans to have increased its network to almost 500 operational stations.

Selling a vehicle without batteries reduces the starting price of a Nio car by 161,000 yuan (approximately £1800), which, Nio hopes, will encourage more take-up from customers put off by the initial higher costs of an EV over a combustion-engined car.

The batteries for Nio’s leasing service will be supplied by a company established by Chinese battery makers, of which the most prominent is the battery manufacturer and technology company Contemporary Amperex Technology (CATL).

The key difference with Nio’s scheme is that previous EVs offering battery lease options have had the battery built in, so customers were tied into the lease for the period they owned the vehicle. The battery swapping system used by Nio enables customers to choose from small or larger battery packs at differing prices, based on their current needs.

The Chinese government is also pushing Battery as a Service and related battery swap schemes as a way of reducing the cost and improving the range of EVs in order to help boost sales from customers outside of major cities.

Nio currently makes premium EVs exclusively for China but has said it aims to expand to other markets from 2022, beginning with selected European countries.