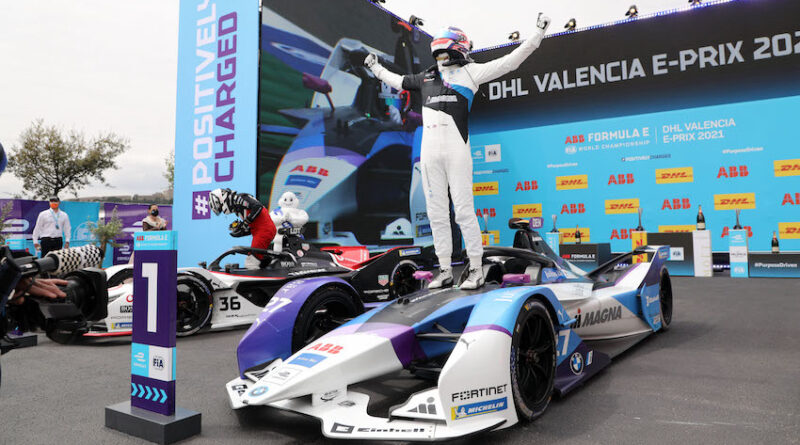 The teams and drivers are gearing up for another action-packed day of racing as the ABB FIA Formula E World Championship heads to the infamous streets of Monaco.

This will be the fourth time Formula E has raced in Monaco and there is a new track layout for drivers to contend with this year.

Complete with 19 turns, the circuit is 3.32km in length and will take drivers up the hill after the first turn at Sainte Devote and complete a new section, including corners around Casino Square, Mirabeau, the Grand Hotel hairpin and Portier. For the first time in Formula E history, the circuit will also feature the historic Monaco tunnel.

Alberto Longo, co-founder and chief championship officer of Formula E, commented on the new track layout: “To see Formula E race around the longer version of the most historic racing circuit in the world will mark another great milestone for the ABB FIA Formula E World Championship.

“In many ways, this circuit is made for Formula E – it’s a fast and narrow street circuit which will see plenty of opportunities for overtaking and will really test driver’s energy management with sharp inclines and high-speed sections.”

Only Sebastien Buemi and Jean-Eric Vergne have taken the top spot on the podium for an e-Prix in Monaco, with Buemi having taken the chequered flag in 2015 and 2017 whilst driving for Renault. Having tasted success on the French Riveria before, Buemi says he is now looking forward to getting to grips with the new circuit.

He said: “Every driver dreams of racing in Monaco at some point in their career. We have a pretty good history so far there. I won in Season 1 and Season 3 and have had two pole positions. The short track was getting a bit too small for the 24 Formula E cars and I can’t wait to get the opportunity to try the new layout.”

However, in an exclusive interview with EV Powered, Mercedes-EQ’s Nyck de Vries said that although he is looking forward to heading back to Monaco, there was no need to make changes to the previous circuit.

He said: “I’m looking forward to going to Monaco; I always love racing there. Turn 1 looks to be very, very quick and the chicane after the tunnel is a lot tighter. I think the previous track was too short; it was too small so there was no management involved at all.

Despite what de Vries’ said, his teammate, Stoffel Vandoorne, believes the longer track layout is better suited to the Formula E championship.

“Monaco is always a special event,” Vandoorne said. “This year we are using a new track layout, as we will be driving on the full Grand Prix circuit. This should make the energy management more balanced and the racing more exciting because there are better overtaking opportunities. I’m really looking forward to that. The longer track simply suits Formula E better.”

Vandoorne and de Vries occupy second and first in the drivers’ standings respectively with Mercedes also sat atop of the teams’ table.

Hot on his heels and eager to put a disappointing weekend behind him, however, is Jaguar Racing’s Sam Bird, who sits third in the table and fourteen points off top spot.

Looking ahead to Monaco, Bird said: “The Monaco track is something as a racing driver you never tire of. I can’t wait to return to the Monte Carlo streets and to be racing for the first time in Formula E history on the full layout is a big moment for the sport. From my perspective, this season I’ve tasted points, podiums and a win with Jaguar Racing and we are very focussed to place ourselves back in a similar position this weekend.”

Neither Sam Bird nor his teammate, Mitch Evans, scored points in the chaotic weekend in Valencia, but Jaguar team director, James Barclay, says the disappointment from Spain is already behind them.

“The anticipation and excitement you feel as a race team heading to Monaco never fades,” Barclay said. “The circuit is legendary and we will be making Formula E history once again this year as we race on the full iconic circuit layout for the first time with our all-electric race cars. We have worked hard and been extremely disciplined in our preparations for the Monaco E-Prix. We were unfortunate not to score points in Valencia but are now completely focussed on getting the most out of the Jaguar I-TYPE 5 around Monaco and returning to points scoring positions.”

While there was disappointment for a lot of drivers last time out, it was delight for BMW i Andretti and Jake Dennis, who claimed his first-ever Formula E weekend in Valencia. Ahead of Monaco, Dennis said he is hoping to build on the success in Spain.

He said: “I have been watching races in Monaco since I was a child. To now be able to go racing there myself is something very special. I am really looking forward to it. Hopefully, we will be able to get a similar result there to my victory at Valencia last time out.”

Whilst excitement is certainly building ahead of Monaco, the new circuit will present its challenges. With a longer track, energy management will be at the forefront of everyone’s mind, particularly after the chaos at the end of Round 5.

On a tight circuit with added corners, overtaking will also prove tricky and Mahindra Racing’s Alexander Sims is aware of the challenges that Monaco brings.

He said: “As drivers in Formula E we know that this championship has extremely tough levels of competition, brilliant teams, top-level drivers and manufacturers – but competing on the full Monaco track really does add to the credibility of Formula E as a championship.

“There are a lot of unique challenges for the Monaco track but perhaps the biggest challenge will be the elevation and the sequence of tight and twisty turns – 5, 6,7, 8, the hairpin – is pretty mad. My aim this season has to be to consistently score solid points at every race and of course, bring home those podium finishes like I did in Rome.”

Sims’ teammate, Alex Lynn, fought hard to secure a third-place finish in Round 6, having been on the tail of leader Jake Dennis for most of the race. Whilst he will have his sights set on climbing further up the podium next time, Lynn insists he will be taking each session of the race day at a time.

“Monaco is a real challenge because it’s very technical, even as a street circuit,” Lynn said. “I really like the circuit and have got some good results there in the past; it’s that race that you want to win but, in the same token, it’s worth exactly the same amount of points as every other race, so you need to drive the race and not the occasion.

“One similarity we will have to F1 is that I don’t think overtaking will be that easy, so qualifying is going to be key. As a team, we’re building on some good momentum and starting to get the maximum out of the package we have, as well as starting to build a winning mentality. We’ll be approaching one session at a time in Monaco and focusing on the job in hand.”