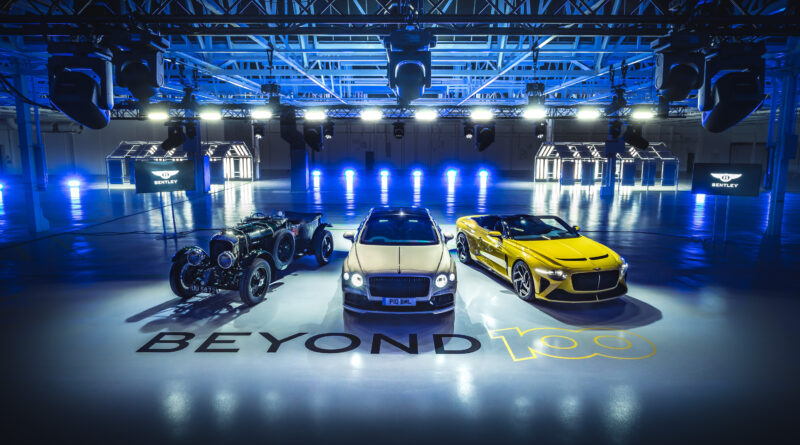 Bentley, the luxury carmaker, will stop making fossil fuel cars by 2030 and aims to be completely carbon neutral at the same time, in one of the most ambitious plans of any UK car manufacturer in the transition towards electric vehicles.

It will stop building cars with traditional internal combustion engines within six years, instead making hybrids and then its first battery electric cars in 2025. By 2030 it will sell only pure battery electric vehicles, with zero-carbon exhaust emissions.

The rapid transition will mean that a company famed for enormous 12-cylinder petrol engines, with large carbon dioxide emissions to match, aims to become one of the UK automotive industry’s leading champions of environmental sustainability.

Bentley’s Crewe plant is the only major factory in the UK to commit to producing electric cars exclusively on such a tight timescale, apart from its competitor Jaguar Land Rover at Jaguar’s Castle Bromwich site. Workers on internal combustion technology will be redeployed.

Bentley’s promise to be an “end-to-end carbon neutral organisation” without using carbon offsetting is bold, as electric car batteries take considerable amounts of energy to produce. A spokesman said the company and its biggest suppliers would have to work out how to hit the target.

The carmaker, whose prices range from £130,000 to more than £240,000, said its environmental targets would make it “financially resilient and recession proof”, as it and other carmakers looked for ways to emerge from the coronavirus pandemic, which has damaged car sales.

Figures published on Thursday showed last month was the weakest October for new UK car sales in nine years. The number of cars registered fell 1.6% to 140,945, putting the industry on course for the weakest year since 1982, according to the Society of Motor Manufacturers and Traders. Electric car sales were one of the few bright spots, nearly tripling so far in 2020 to 76,000.

Bentley in June announced it would make 1,000 job cuts from its permanent workforce to reduce costs. However, it said it had scaled back the cuts to 800 staff, who were taking voluntary redundancy, 200 of whom were temporary contractors.

Adrian Hallmark, Bentley’s chief executive, said the carmaker was going through “a paradigm shift throughout our business”.

“Within a decade, Bentley will transform from a 100-year-old luxury car company to a new, sustainable, wholly ethical role model for luxury,” he said.

The carmaker will also commit to consuming no plastic at its factory by 2030, as well as to raising the proportion of women and people from black, Asian and minority ethnic backgrounds in its management ranks to 30%, from 20% in 2020.

Bentley is owned by Germany’s Volkswagen, the largest carmaker in the world by volume. Volkswagen has announced investment of billions of euros into electric car technology after the “dieselgate” scandal, in which its engineers installed software to cheat emissions test.

Volkswagen and all other European carmakers face steep fines if they do not reduce the average emissions of the cars they sell. By 2030 carbon emissions must be 37.5% lower than 2021 levels, which is only possible by mainly selling electric cars with zero exhaust emissions.

Bentley is particularly suited to quickly changing to electric technology, because bigger margins as a luxury carmaker mean it can absorb the higher cost of batteries, although analysts expect the premium for manufacturing battery cars to disappear by 2024.