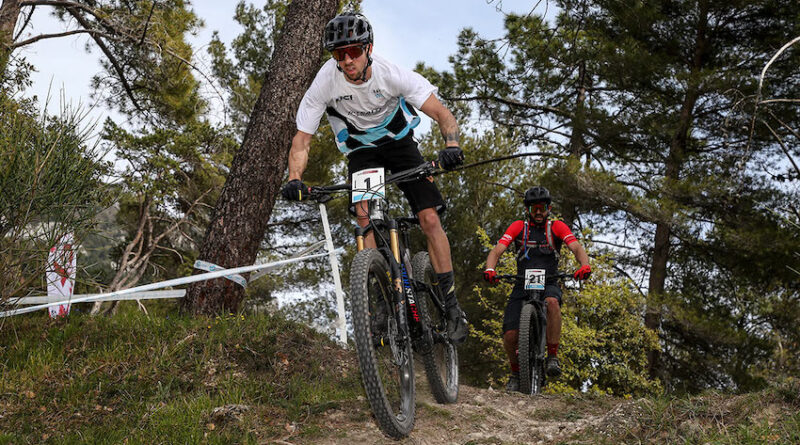 In the latest episode of the Everything EV podcast, Francesco Di Biase discusses his pioneering World E-Bike Series and explains why it is different from any other electric motorsport.

The World E-Bike Series is the world’s first electric mountain biking championship, which takes all over the world in scenic locations such as Monaco, Bologna and Barcelona, and it is these sites that are the main attraction to the sport, according to Di Biase, the founder of the series.

He told the Everything EV podcast: “What I love about the series is the fact that it’s possible to race in a place that is completely unaffected, and we don’t have to do anything. We just take a location which is beautiful and we create a track. We don’t have to cut anything, to build anything; the nature and the landscape that we find are just there and we use it.

“For the world we are living in, having a sport that can take advantage of things that are already there and don’t need any modification from humans is just beautiful. You people that are not able to take a break to see the beauty of the places that we race in. It’s always nice to see their faces because they are happy like kids. They arrive at the race and they say “wow, this is beautiful.” Bikes are fun because everybody can ride them and it’s another part of the sport that is incredible. We know that there are professional athletes that can do incredible things but besides that, everybody can ride a bike. That’s the beauty of the bicycle; everybody can do it.”

Some people may think twice before hopping onto one of the electric mountain bikes, however, as Di Biase explained the nature of the sport and how fast the bikes travel.

“It’s very important to understand that, as part of the UCI, our rules mean the bikes that compete in our series are bikes that respect and compliant with European law on e-bikes,” Di Biase said. “That means the bikes cannot use the engine after 25kph, that means once you reach that, the engine stops and you can just use your legs. This is the law and we are very strict on that. We want to only use these types of bikes because then it becomes a type of motorcycle. We are not in that kind of activity. For us, it’s a cycling discipline, 100%.

“You can go very, very fast; up to 50/60kph which is a lot, especially on a route with a trail. It’s not easy and that’s why we have professional riders. It can be very fast, very spectacular and we have sections with jumps. Of course, it’s a completely different sport if you compare it to Formula E, for example.

“Here, we are talking about cycling so it’s very different. You still have to use your legs and that’s very important because people think that if you use an e-bike, you don’t have to do an effort – I can tell you that it’s not true at all. An e-biking race can be much more tough than a regular mountain biking race. We create the circuit for the e-mountain bike so we ask the athletes to do much more, with sections that are very technical and impossible to do with a normal bike. At the end of the race, I can tell you that they are pretty tired.”

During the podcast, Di Biase explained how the coronavirus pandemic impacted the series and, with the second season of the series being suspended last year, it got back underway this year, with the first race taking place in Monaco in April.

Despite the disruption caused by the pandemic, Di Biase insists the World E-Bike Series is focuses on achieving a healthy, long-term future.

He said: “We are working on the long run; we want to create a new generation of athletes that really have an interest in racing and competing with e-mountain bikes.

“At first look, all the electric motorsports look similar, but the reality is that they’re not. There are huge differences. Formula E and Extreme E are doing a great job because they have opened this new industry and this new market of electric sports. There are a lot of other sports that are growing, and they will be launched in the next months and years.

“I don’t think the next sports that will appear will have the same spirit. They need to make sure that they have the right focus and the right vision for what they are doing. It’s very easy to say “I’ll launch a new electric motorsport” but it’s not all about that. It’s about seeing if there is a sport behind it and making sure that you have a solid platform that you’re building your sport on, to make sure you have a long-term sustainable growth and not a short-term opportunity.”