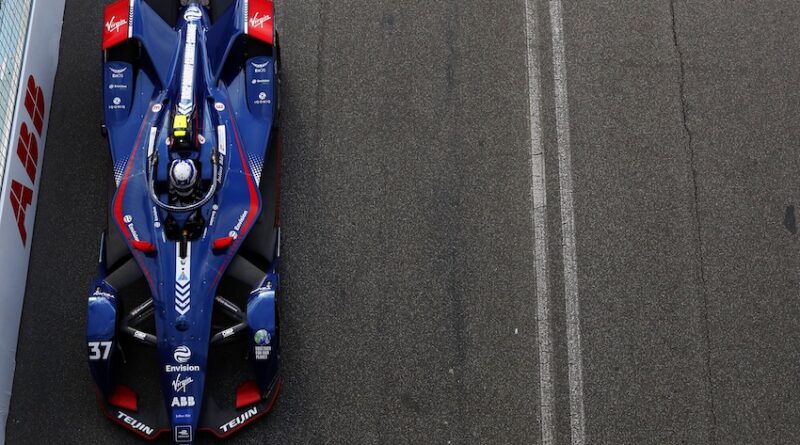 Following a spectacular weekend on the streets of Rome, EV Powered looks ahead to the next rounds of racing on the Circuit Ricardo Tormo in Valencia.

Tricky conditions produced another classic day of racing in Round 4, with Mercedes-EQ’s Stoffel Vandoorne coming out on top in front of Mahindra Racing’s Alexander Sims and Tag Heuer Porsche’s Pascal Werhlein.

With his win lifting him within one point of the top three in the drivers table, EV Powered spoke to Vandoorne to reflect on his weekend in Rome and to get his thoughts on Valencia.

“It was a weekend with mixed emotions,” he said. “After the Saturday, having started on pole and then being involved in the crash and not scoring any points, it was nice to take home a victory in Rome on the Sunday.

“It’s nice to see, having showed good pace throughout the season, that our package is competitive and that brings confidence for the season ahead. There’s been quite a few different people on the podium so far this season, ten in total. I’m pretty sure there’ll be a couple of extra names added to that list after Valencia. It just goes to show how competitive the Championship has become over the past couple of years. Everyone is so close together and there’s not really one team standing out so far. If you’re not 100% on it, it’s easy to drop a couple of places on the grid and not be up there.”

One of the highlights of Rome was the dramatic final-lap shootout, with Vandoorne being hunted down by Alexander Sims, who had managed to close the gap after another accident drew the Safety Car out again. While Vandoorne managed to hold Sims off, the Brit is hoping to go one better this time round and expects Valencia to throw up a few interesting moments.

“I’m looking forward to the different type of racing that the circuit looks like it will provide for us,” Sims said. “It’s a big, wide open circuit where efficiency is going to be key and overtaking will be relatively straightforward.

“Qualifying will still be important, but probably a bit less so than some of the tracks we’ve been to in the past. It’ll be cool and, I’m sure as with all other Formula E races, it will present its interesting challenges.”

One of the major talking points ahead of Valencia is the track itself. The Circuit Ricardo Tormo in Valencia has previously been a testing track for the series but it has been added to the calendar this year, albeit with a slightly altered layout.

Whilst the biggest challenge for the drivers and teams this weekend will be energy management, Amiel Lindesay, head of operations for Porsche, believes fans can expect another great weekend of racing.

He said: “Everyone has done a lot of kilometres around this track, it’s chalk and cheese compared to Rome. Valencia will present a lot of passing opportunities which is good for the race and there’s about four or five corners where you can easily pass, so there’ll need to be a different strategy going into Valencia.

“Everyone knows the track well, so there’s not too many unknowns. We’re looking forward to racing and to keep working on the race pace of our two cars. Our drivers are confident, so now we just need to convert our pace into points. Let’s see what Valencia brings for us.”

In terms of the Championship, the situation heading into Valencia sees Jaguar Racing’s Sam Bird top of the table, leading his teammate Mitch Evans by just four points.

The unpredictability of Formula E, particularly this season, means almost any result can shake the table up completely. With that in mind, Sam Bird says he is aiming for consistency throughout the campaign.

He said: “You’ve not seen many people ever be consistent in the history of Formula E, so it’s going to be extremely difficult. It will be tough but that has to be the aim. I’d like to think top fives every weekend will put me in a good position come the end of the season.”

One driver who will be eying up Bird’s top spot is Nissan E.Dam’s Oliver Rowland. The British driver was in the heart of the action in Rome, most notably after coming together with Envision Virgin Racing’s Nick Cassidy.

Despite an underwhelming weekend, Rowland says he is still aiming for the Championship this season.

“I want to try and challenge for the Championship, I don’t think there’s any reason why I can’t,” Rowland said. “If you look at qualifying, I’ve had three poles in my group and one Super Pole and one second, so on that side of things I feel good, so I’m pretty confident.

“If you look now, it’s one race win and you’re leading the standings. It’s disappointing to have missed out on the points we feel like we deserved, but this is Formula E, sometimes you end up in a better group in the next race and you have a slight advantage in qualifying. But I want to be challenging for the Championship, that’s for sure.”

The Valencia E-Prix begins with Round 5 on 24th April and Round 6 on 25th April. Find out exactly what happened on the day with EV Powered’s race reports after the chequered flag.