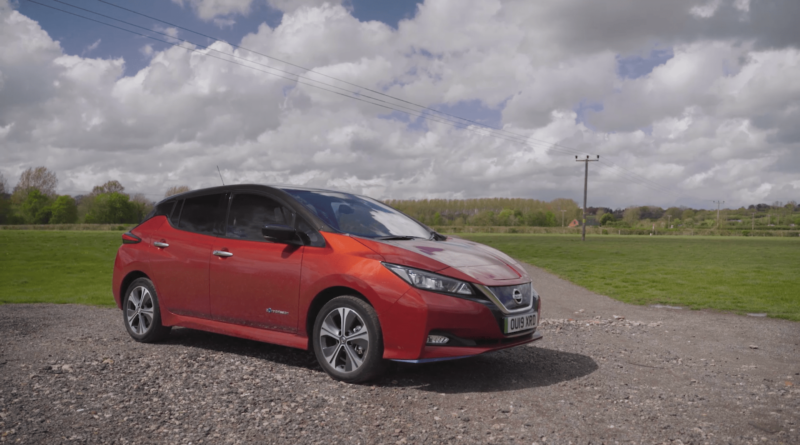 In this review, we look at the Nissan Leaf’s range-topping e+ Tekna version to see how it compares against other, cheaper electric hatchbacks.

The Nissan Leaf is one of the most popular electric cars in history and, when it launched in 2010, the Leaf was a symbol of revolution for electric vehicles.

The Leaf has come a long way in those eleven years and now, with this range-topping e+ Tekna model, Nissan has produced an electric car that can compete with a growing list of electric hatchbacks.

However, with an on the road price of £36,970, this version of the Leaf is one of the most expensive electric hatchbacks on the market and it is going up against the likes of the renowned Volkswagen ID.3, the Kia e-Niro and the Hyundai Kona Electric.

At the higher end of the price range and with a roster of stiff competition, can the Leaf justify its price tag?

This version of the Nissan Leaf is certainly the better-looking sibling when compared to some of the earlier models.

The model I drove had a stylish two-tone magnetic red body with a pearl black roof which was complemented with blue styling across the front bumper and further blue accenting on the redesigned front grill, which is only available on the e+ Tekna versions. A smattering of creases gives this car some extra character, but the typical bubbly-look of the Leaf remains.

Size-wise, the Leaf is only slightly bigger than the Volkswagen ID.3 but that bubble-like aesthetic does make this car feel a lot larger. The ID.3 feels more angular and pointed whereas the Nissan Leaf feels round and a bit more bloated.

Elsewhere, there are 17” wheels as standard, LED running lights at the front and back and there is e+ badging on the charging ports which are handily located at the front of the car, improving the accessibility to charging stations.

As I mentioned in the video review of the Nissan Leaf, it is quite a mixed bag when it comes to the inside of the Leaf.

There are nice materials throughout, with a leather steering wheel and seats which are a combination of leather and Ultrasuede. There is a padded armrest in centre console and the scratchy, plastic materials have been kept to a minimum.

The infotainment system on the 7” touchscreen is easy to use and responsive, but it doesn’t do enough to warrant choosing that system over Apple CarPlay or Android Auto.

The ability to find a comfortable driving position is massively hindered by the fact that the steering wheel can only be adjusted vertically and there is no way to extend it out towards you or push it away. This is by far the single most annoying thing about the car.

Comfort options also include heated seats and steering wheel, automatic air conditioning, and a number of safety features are also included, such as blind sport warning lights on the wingmirrors and a number of parking cameras with a bird-eye view option as well as NissanConnect EV navigation.

The boot is also nice and spacious, with 405L of storage capacity, which is more than the Hyundai Kona but less than Kia’s eNiro. A Bose sound system is included with this model and it comes fitted with a subwoofer, which has been stupidly placed right in the centre of the boot which significantly impacts loading and storage capabilities.

One of the biggest surprises with the Nissan Leaf is just how quick this car is. Whilst it is heavy, weighing in at 2140kg – over half a tonne heavier than the ID.3 – it does still pack a punch with the 62kW battery.

To put the speed into context, it can achieve 0-26pm in 6.9 seconds, quicker than the ID.3 and the Kia e-Niro, and once you put your foot down it pins your ears back and throws you back into your seat just like any electric car should.

Off the mark, this car is rapid but that speed does come at a cost, however. The steering is quite wobbly and you do have to wrestle with the wheel at times in order to keep the car straight. It’s almost the cars way of reminding you that it isn’t supposed to be driven quickly and that it’s been designed for comfort rather than speed.

The Nissan Leaf e+ Tekna also has an official range of 239 miles which, in a real-world test, is more like 200 miles comfortably. It also has 100kW fast charging capabilities, but an unfortunate feature of the Leaf is that it only supports the hard-to-come-by CHAdeMO chargers.

An added bonus with the Leaf is that there is no significant drop off in performance when switching the car into Eco-Mode, which is a feature on some electric cars. This means you can make the most of your charges and get the maximum amount of miles without losing any power.

Regenerative braking is a feature on most electric vehicles and the Leaf is no different. However, the power of the regenerative braking isn’t as responsive as something like the Mini Electric, where a simple lift off the accelerator will bring you to a dead stop almost instantly. Even in Eco-Mode, the regen-braking isn’t strong enough to allow for one-pedal driving and so you will have to use your left foot for braking most of the time.

All things considered, there is a lot of fun to be had when driving the Leaf. It’s quick, punchy and with the soft leather seats, you can be totally comfortable and relaxed as you whizz around town or meander down winding country lanes.

The Nissan Leaf e+ Tekna is a joy to drive and, barring a few little grievances here and there (*cough* steering wheel *cough) we’re looking at a really good, electric car.

The biggest drawback, however, is the price. With an on the road price of almost £37,000, the Leaf is seriously expensive for what it is and when you compare it to the other cheaper models, such as the ID.3, it’s hard to justify its price tag.

It is a shame that many will be put off by the price of this car because it truly is a bundle of fun whilst still being practical and functional for everyday life.

Read our other reviews of electric vehicles here.