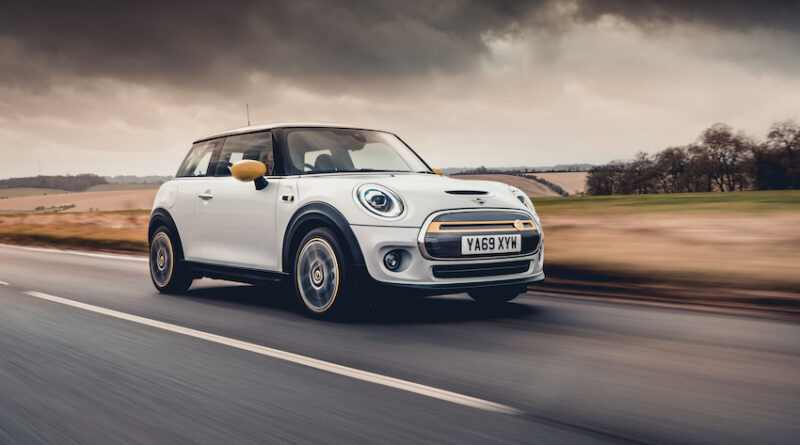 The Mini Electric is quite simply a bundle of fun to drive. However, drivers must make a choice between prioritising comfort and range or outright fun.

Even in the middle of an electric-car revolution, the Mini has remained glued to its roots. Whilst many manufacturers have made concerted efforts to make their electric models easily distinguishable from their petrol and diesel counterparts, the Mini Electric has embraced its history and culture and has designed an electric version of the car we all know and love.

That leaves us with a car that is warmly familiar but it still has enough surprises up its sleeve to make this a completely unique driving experience.

From the outside, Mini has stuck to what it knows best. The look and feel of the car is exactly what you would expect from a Mini, with its Union Jack rear lights and unmistakeable design. Even with its new touches, such as the bright yellow wing mirrors and grill, everything just fits into the character and spirit of the car.

It is stylish and compact with two-tone colouring and wheel options which come shaped like plug-sockets. The Mini Electric has leaned on its funky, retro self and hasn’t taken itself too seriously. The whole ethos of this car is that there is a personality behind it and that can be seen from the outside.

Inside however, the car is much more serious and practical. The interior has nice, leather seats which hug you tightly, which in our video review of the Mini Electric on EV Powered’s YouTube channel, are described as like being squeezed to death by a 1980’s TV wrestler. Elsewhere, there is an abundance of space, and you have good visibility out of all the windows when driving.

In terms of the cockpit, the technology available is simple and easy to use. There is a nice, circular driving display in the middle which is touchscreen but can also be used with a control dial within easy reach of the driver.

The navigation is nothing special, but it does the job and gets you from A to B. I suspect most users will opt to plug in their smartphone and use Apple CarPlay or Android Auto, just as I did.

A head-up display with augmented reality is a nice touch, although the icons on that screen line up directly with the ones on the main drivers display, which does occasionally leave you to believe you’re suffering from blurred vision.

The voice activation in the Mini works well, unlike the Volkswagen systems which are glitchy and almost impossible to use. This can be activated from the steering wheel and the other controls within a thumbs-reach are also precise and responsive.

There are toggle switches for a host of driving controls which are another interesting touch from Mini, and the air conditioning and climate control systems are nice and easy to use.

I had seen some mixed reviews of the dials on the driver display but for me, they are simple, minimalistic, and fit in with the overall design and aesthetic of the interior.

Overall, it’s a pleasant experience to be sat in the driver’s seat of the Mini Electric, but this is altered slightly once you flick the yellow-start toggle switch and set off.

As I mentioned in the beginning of this review, the Mini is a lot of fun to drive. The SE version has a 32.6kWh lithium-ion battery and single e-motor which achieves 181bhp.

With just 7.3 seconds needed to hit 0-62mph, the Mini Electric is nippy to say the least and with front-wheel drive, a firm press of the accelerator from a standing start does feel as if you’re taking off from a ride at Alton Towers.

Obviously, the Mini Electric isn’t as fast as other electric hatchbacks, but it’s the nature of the Mini which makes it fun to drive. It’s like a Jack Russell on a high-protein diet which just wants to run and run and run. You do feel as though this car was made to fly around town centres and wander around winding and bendy roads for hours on end, but unfortunately, its punitive range doesn’t allow for that.

Mini claims the range on this model reaches up to 145 miles, but after a full charge and flicking the driving mode into Mid, I was immediately left with 93 miles. On a drive from Milton Keynes to Northampton, this soon dwindled me down to around 60 miles. A 30-minute journey from full charge had left me with under half of the Mini’s advertised range.

There is a slight recuperation in range when switching to ‘Green’ or ‘Green+’ mode but it is fractional at best, and it doesn’t outweigh the loss of performance.

It is by far the most frustrating part of the Mini as I was desperate to drive it for hours and play around with it, however the range simply does not allow that. It’s very much the harness on the Jack Russell.

There is also the regenerative breaking to contend with, which does take some getting used to. With the high energy recovery mode enabled, a slight lift off the accelerator slows the car dramatically, and you can come to a complete stop with this, meaning you can drive this car with just one foot.

Another disappointing aspect is the smoothness of the ride. While the Mini is slightly higher than the Cooper S for battery clearance, you really do feel every bump on the road and that does wear thin quite quickly.

On worn-down town centre roads, which is where this car belongs, you are thrown about with every pothole and uneven road surface, turning you into some form of automotive-bobble head doll.

It is such a shame that the sheer joy that can be had from the Mini Electric is hampered by its range and uncomfortable ride, and they should both be taken into account when deciding whether to splash out at least £24,400 on this car.

At the start of this review, I said drivers must make a choice between comfort and range and outright fun, and that really needs to be considered when weighing up whether to go for the Mini Electric or not.

If you’re a die-hard fan of Mini’s and want to go electric, I’m sure you won’t be disappointed. It’s full of character and you will never get bored of getting behind the wheel in this car.

However, you do need to think about your needs and what you want out of a car. If you get a lot of miles in on a weekly basis, or you’re surrounded by country lanes littered with potholes, you need to seriously consider if this is the right car for you. Especially when there are a whole host of electric options out there with greater ranges and smoother driving experiences for a similar price.

Read our other reviews of electric vehicles here.