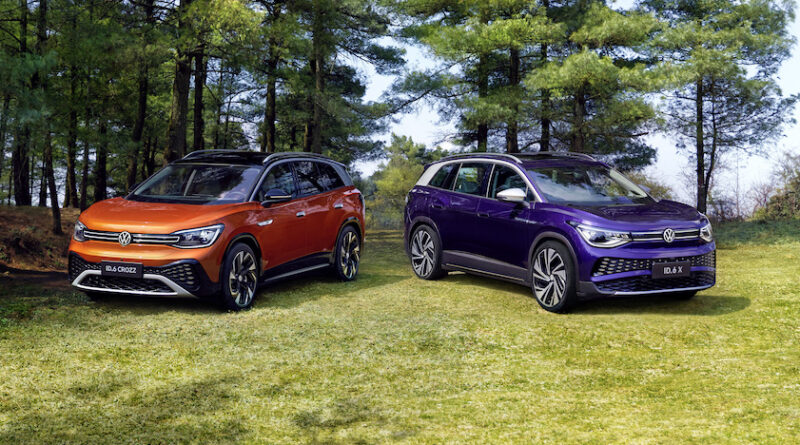 Volkswagen has announced the release of the ID.6, a new seven-seater SUV which will only be available in China.

The latest model in the ID range was revealed at the Shanghai Auto Show 2021 and is another step in VW’s aim of having eight electric vehicles available in China by 2023.

Two versions of the ID.6 will be available, the ID.6 CROZZ and the ID.6 X, with both featuring a choice of 58kWh or 77kWh batteries and achieving driving ranges of 271 and 365 miles respectively.

Like the ID.3 and the ID.4, the ID.6 will be manufactured on Volkswagen’s MEB platform, which it says will leave room to “develop individual models specifically for certain markets or regions of the world.”

“With the new ID.6, we are laying the foundations for at least 50 percent of our cars sold in China being electric by 2030,” said Ralf Brandstätter, CEO of the Volkswagen brand. “We are maintaining momentum and gradually increasing our range of MEB cars: By 2023, Volkswagen will have a total of eight ID. models in China, making MEB nationwide there. The economies of scale that we have achieved allow us to offer the latest technology at an affordable price – and thus further expand our electric offensive.”

The ID.6 is essentially an extended version of the ID.4, with a similar body and features, including the continues light strip at the rear and a smooth, flowing aesthetic.

Creeping just over 16 feet in length, the ID.6 has an extra 30cm on the ID.4 which makes room for a third row of seats.

The features of the ID.6 include 19”-21” rims, a second row of seats that can be adjusted longitudinally and a large panoramic glass roof.

According to VW, the ID.6 is tailored specifically to the needs and wishes of Chinese customers in terms of space, functionality, design and user experience.