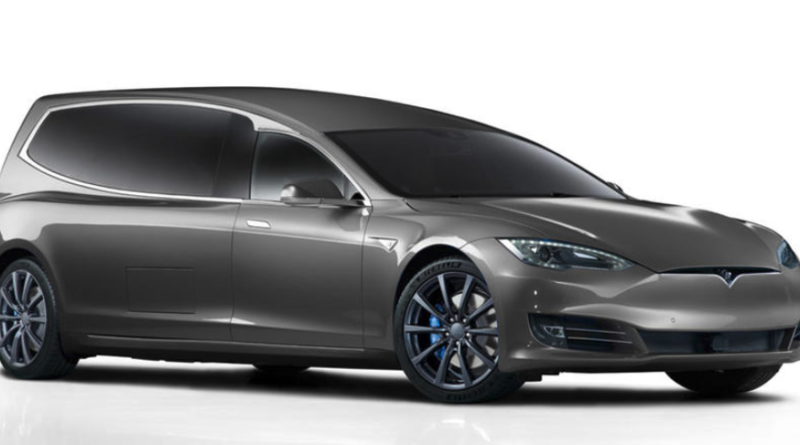 The BINZ.E was created by German luxury hearse manufacturer BINZ International in 2017 and will now come to the UK through a collaboration between the two companies in response to a “growing trend” for environmentally friendly funerals.

Based on the Model S, the BINZ.E is produced in Germany, with a “pioneering” compression composite sandwich construction used to stretch the electric saloon. It also strengthens the Model S’s body and achieves “an exceptionally high-quality finish”.

The model has all the Tesla-derived benefits of zero tailpipe emissions and a 220-mile range – 20 miles more than is offered by its main rival, a Brahms electric funeral car, which is also based on the Model S.

It’s unclear which Model S powertrain is used for the BINZ.E, but it’s likely to used the base 75d’s powertrain. In the standard Tesla model, it generates 415bhp to achieve a 0-60mph time of 4.2sec.

Customers will also benefit from the Tesla app, allowing users to control and monitor charging via their smartphones, plus other as-yet-unspecified vehicle functions.

Coleman Milne managing director Lee Hudson said: “Funeral directors and their customers are increasingly selecting funeral arrangements with a greater focus on environmental protection. Our new BINZ.E will provide a key component in the growing trend for these eco-funerals.”