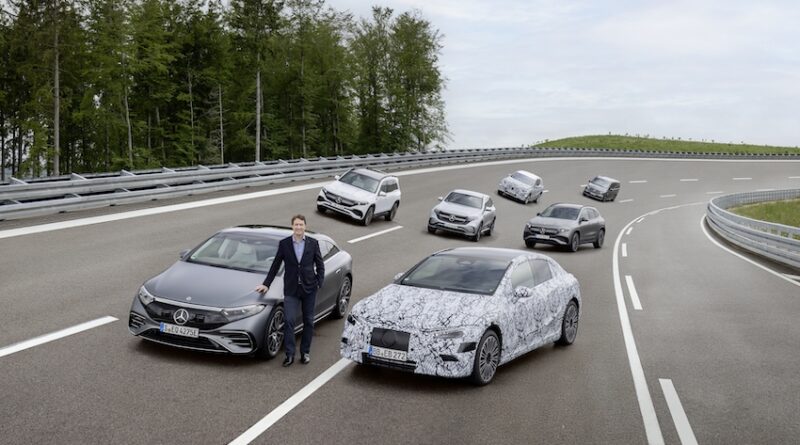 Mercedes-Benz is getting ready to go all electric by the end of the decade, with every model to have a full-electric option by 2025.

The landmark announcement from the manufacturer also included plans for all newly launched vehicle architectures to be electric-only by 2025, as the brand switches from “electric first to electric only.”

By 2022, Mercedes-Benz will also have battery electric vehicles (BEV) in all segments the company serves.

To power this change, Mercedes has confirmed that it will invest over €40 billion into battery electric vehicles between 2022 and 2030.

That investment will include plans for eight new Gigafactories, in addition to the already planned network of nine plants dedicated to building battery systems, and a series of new partnerships for the development and production of battery cells in Europe.

Ola Källenius, CEO of Daimler AG and Mercedes-Benz AG, said: “The EV shift is picking up speed – especially in the luxury segment, where Mercedes-Benz belongs. The tipping point is getting closer and we will be ready as markets switch to electric-only by the end of this decade.

“This step marks a profound reallocation of capital. By managing this faster transformation while safeguarding our profitability targets, we will ensure the enduring success of Mercedes-Benz. Thanks to our highly qualified and motivated workforce, I am convinced that we will be successful in this exciting new era.”

Mercedes-Benz is currently preparing its global production network for electric-only output with the pace of the ramp-up designed to follow market demand. The manufacturer has confirmed that from next year, eight Mercedes-Benz electric vehicles will be produced at seven locations on three continents.

Furthermore, all passenger car and battery assembly sites run by Mercedes-Benz AG will switch to carbon neutral production by 2022.

Mercedes-Benz is also joining forces with GROB, a German battery production and automation systems firm, to strengthen its battery production capacity and know-how. According to the carmaker, the cooperation focuses on battery module assembly as well as pack assembly.

The Group is also planning to install a new battery recycling factory in Kuppenheim, Germany, to develop and secure recycling capacity and know-how. Start of operations will be in 2023, depending on the outcome of discussions with authorities.

Mercedes-Benz is also working on setting new standards in charging, with its ‘Plug-In & Charge’ aiming to allow customers to plug-in, charge and unplug without extra steps needed for authentication and payment processing. Plug & Charge will go live with the market launch of the EQS later this year.

Mercedes-Benz is also working with Shell on expanding the charging network. Customers will get enhanced access to Shell’s Recharge network consisting of over 30.000 charge points by 2025 in Europe, China, and North America – including over 10.000 high-power chargers globally.