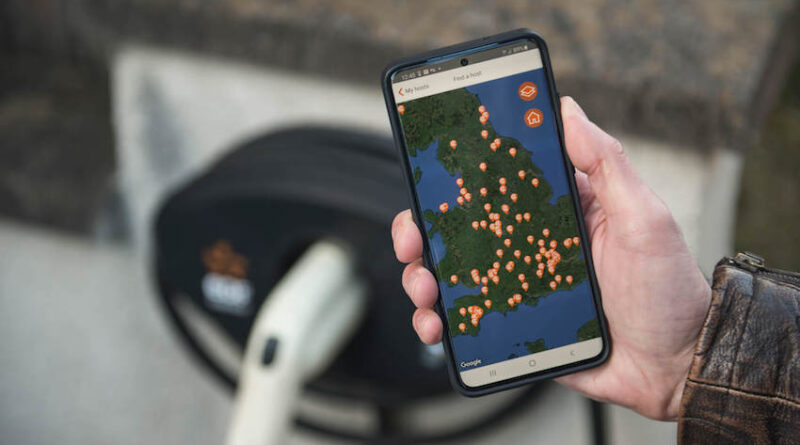 Speaking on the Everything EV podcast, CEO of Co-Charger, Joel Teague, said his app is removing some of the barriers to EV ownership.

Co-Charger is a community charging app which allows electric vehicle owners without a home charger to plug-in to a ‘hosts’ chargepoint.

The app launched last year on the brink of the first lockdown, but despite the challenging circumstances, the service has become extremely popular, and Joel Teague, founder and CEO of the app, spoke on the Everything EV podcast about how it allows everyone to own an electric vehicle.

He said: “One of the big barriers to EV ownership is that if you can’t charge at home, you don’t get the convenience, you don’t get the cost benefits, I don’t get the dependability I want and therefore a lot of people won’t buy the EV. The idea was to use the original model and we created community charging which is being a neighbour with a charger and making it available to neighbours without a charger so they can convert to EVs.”

Teague also discussed the misinformation surrounding electric vehicles, particularly with charging, and believes there are very few obstacles preventing anyone from owning an electric vehicle.

“If you can have a charger at home, it’s a no-brainer,” he said. “The only blockers, unless you are very unusual in your usage patterns, are perceived. If you look at the fuel cost of ownership, if people knew what they actually spent running their cars, they wouldn’t find the idea of running an EV anywhere near as expensive as they think.  The perception of cost needs to go away.

“Likewise, people would worry far less about range and public charging infrastructure if they remembered how seldom they use it; it’s 3% of charging. That doesn’t mean we don’t need the massive improvements that are coming but it does mean we shouldn’t be waiting for that – just do it now because the chances are you’re leaving home with a full charge anyway. How often would you go to the fuel station if you had a pump in your garage which magically fueled your car whilst you slept?”

The main motivation for Teague and for Co-Charger is to simply get people out of petrol and diesel cars and to stop “burning stuff.” As an ex-petrolhead and now EV enthusiast, Teague urges anybody on the fence to make the leap and insists that the transition to electric is easier than they think.

“The adjustment is very quick,” he said. “If you look at that stat from Zap-Map, of people who have tried both a fuel car and a fully electric car, 99% stick with the electric car. As much as I love the engineering in an engine, I also love a pony and trap and a steam engine, it doesn’t mean I take one to work.

“The perceived difficulties are nothing like what they’re made out to be and the advantages are vast. The ban on ICE vehicles is irrelevant, people are switching to EVs for good reasons, because they’re better and they’re more enjoyable. If you think they’re a bit dull because there’s no engine noise, go and floor a Taycan for a laugh.”