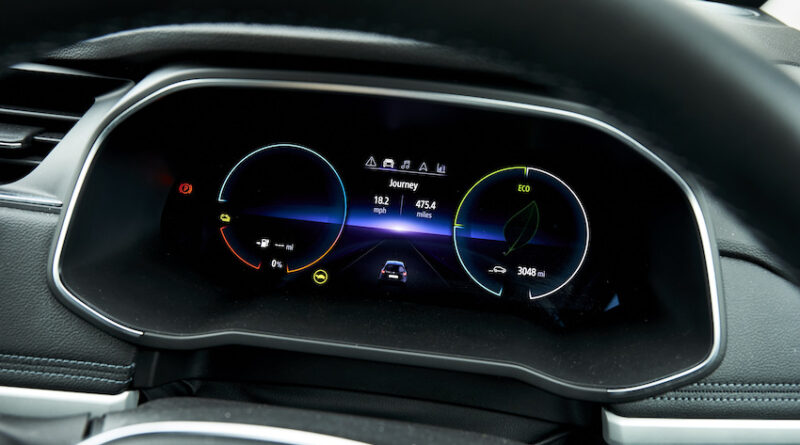 In the latest episode of the Everything EV podcast, James Cameron of Mission Motorsport breaks down the charity’s hypermiling record set last month.

In June, Mission Motorsport, the Forces’ Motorsport Charity, the existing record for the longest distance driven in a Renault ZOE on a single charge with a distance of 475 miles.

The car was fitted with Enso Tyre’s pioneering range-extending EV tyres, which resulted in the group registering a staggering 9.14 miles p/kWh.

Reflecting on the achievement, James Cameron, CEO and founder of Mission Motorsport, told the Everything EV podcast: “In order to make sure that the integrity of the attempt was absolutely spot on, the two cars were supplied identical. We benchmark the two of them against each other, and we picked the worst one of the two to be fitted with the Enso tyres in order to go for that.

“There has been a tiny bit of us scratching our heads going “I wonder if we picked the other car, would 500 of being have been achievable? When you work out just how efficient it is and use any metric to read back across into sort of MPG equivalent where we’re well into the 300 miles per gallon kind of range. These were not cars that were streamliners that had weight taken out of them. These were factory spec Zoe’s with no changes to them whatsoever, running the standard tyre pressures as per the manufacturer’s recommendations.

“In terms of how realistic is it as a record? It was a record so of course it wasn’t realistic. It’s barking levels of efficiency, but it’s just been achieved with real precision.”

Joining Cameron on the podcast was Gunnlaugur Erlendsson, CEO of Enso Tyres. Driving day and night, for over 24 hours, at the optimum average speed of 19mph, the Renault ZOE equipped with ENSO’s EV tyres reached a world-beating 475.4 miles on a single charge, smashing the French record by 124.4 miles. An identical Renault ZOE, equipped with its standard OEM tyres and driven by the same team, reached 424.7 miles in comparison, well in excess of its official WLTP range of 245 miles.

Asked whether the record exceeded his expectations, Erlendsson said: “To some extent, yes. We were not absolutely certain where we would be. We knew where we were roughly in comparison to the benchmark tyre from this other French branded tyre. How it would then be translated onto the road, onto Thruxton, onto the team, onto the weather was the question. We didn’t know we would hit 475. You have so many variables that can impact on you, for example the weather.

“Achieving 10 1/2 miles p/kW on a 52kW battery means that in the optimal scenario we would have broken 500 miles, which is double what the WLTP official range of that car is. To put that into context, if you can double the stated manufacturer range, you’re on a good winner.”

When asked about any future records, Erlendsson revealed there is one specific target in his sights.

“Currently one of the biggest records that is currently out there is nobody has ever driven a Tesla more than 1000 miles,” he said. “I think that potentially within 12 months or thereabouts we would like to have a stab at trying to make a Tesla go above 1000 miles, and if that would happen, we’re talking here about an absolutely historic number on a production EV. Tesla is bringing out new vehicles that there are some issues still about the tyres energy efficiency that we need to tackle, but you know that’s a big record. But if we could do 500 on the Zoe, we should be able to do 1000 on a Tesla.”