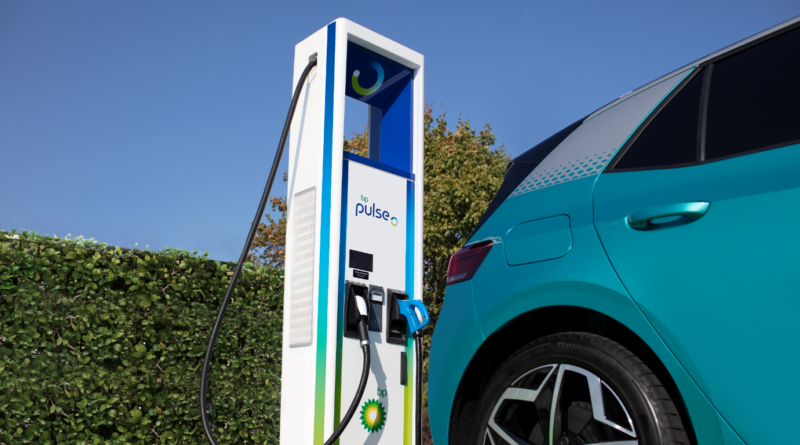 Tom Callow of BP Pulse spoke on the Everything EV podcast to share his views on the future of electric vehicles and EV charging infrastructure.

In the latest episode of the Everything EV podcast, Callow gave his thoughts on what the landscape of electric vehicles may look like in five years’ time.

“I think one of the big changes people will see is in the vehicles themselves,” he said. “I think there will be a few key features of the vehicles which people may not expect today, but we might see within five years. One is obviously the model mix; there is about 40-50 different models you can buy today, which is about 10% of all the models available. We know there is an issue in vehicle type and if you need an electric estate car or seven-seater, your choices are pretty limited.

“I think there’ll also be a radical shift in the technology. One of the key things will be speed of charge, so the ability for vehicles to charge very quickly. This 35% of people who didn’t think you could charge in less than an hour, whereas actually you’ll be charging a lot faster than that in the latest electric cars in five years’ time. You’ll see mainstream models with 200+kW charging – we’ve already seen that with Hyundai and Kia.”

“The used market will be much more buoyant,” Callow predicted. “You’ve seen a huge adoption of electric vehicles through fleets or businesses in the last 12 months or so and you’ll see that this year as well. There’s also a lot of vehicles coming though salary sacrifice schemes and electric vehicles being adopted into corporate fleets. That’s a big, chunky volume of vehicles that will go into the used market in a few years’ time and help to push pressure on prices, the supply creeps up and prices will lower, and you’ll see a lot more people being able to afford second-hand electric car in the next few years.

“That’s going to be a feature of the next five years; you’ll see a lot more people buying used electric cars than you do today, whereas the focus is much more of new vehicles.”

On the subject of infrastructure, Callow believes the state of EV charging in the next five years will encourage more and more people to switch from petrol and diesel to electric.

He said: “In infrastructure, you will see this abundance of not only faster charging, but more of it with higher-profile installations, which will give people more confidence to switch. Electric vehicles will use it, and petrol and diesel drivers will see it and will know that they can use it and will likely switch over. I think you’ll have the ability to start driving without planning.

“At the moment, it’s still likely that a lot of electric vehicle drivers are looking at a longer journey and thinking “where am I going to stop if I need to charge?” I think you’ll start to get to a point in five years where a lot of people will be getting into a car and just driving. Whether that’s the car SatNav of knowing where the charge points are and having that live data and being able to dynamically route you to that location without you pre-planning, or whether there’s just so much infrastructure that you can just find it as you do today; nobody searches on a map for a petrol station, they just find it as they need it, and I think that’s where we need to get to.

“If we’re still having to plan journey’s on a map or an app in five or ten years’ time, we probably won’t have succeeded as an industry.”