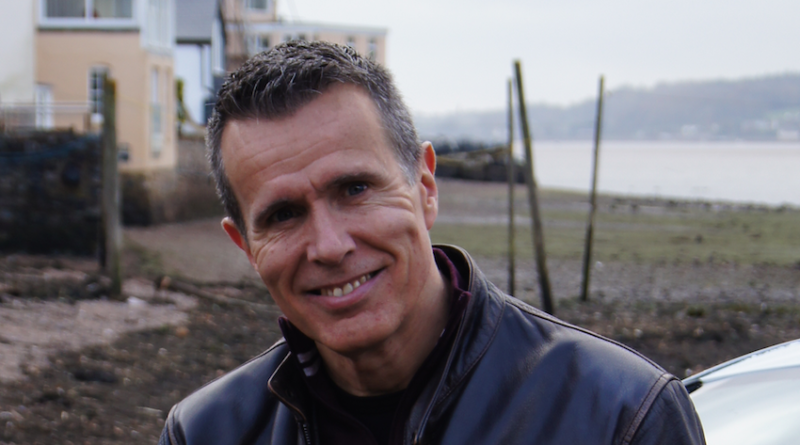 When Joel Teague had his very first electric car delivered, he was faced with a problem which would ultimately go on to spark the idea for his app, Co-Charger, a community charging solution.

“The origin of the idea was personal experience,” Joel said. “I’m an ex-petrol head and a neighbour of mine had bought his first EV and convinced me to buy one as well. I live in a village with no chargers and the nearest one was seven miles away and broken. My car arrived and they told me that the charger was going to be another six weeks. I took to stopping at my friends house once a week, popping a fiver through his door and using his charger.

“I did a bit of future-scaping and worked out that once the cost and range issues were gone, the one remaining problem is that about half of motorists have got nowhere to put a charger at home, because they live in a flat or they’ve got a landlord that isn’t interested for example. It’s been confirmed by research from ConnectedKerb that the vast majority of people in that situation are not switching to an electric car, regardless of public charging. So, I found myself some investors and kicked the whole thing off at the beginning of 2020, which was interesting timing.”

Interesting timing indeed. Despite the impact of the Covid-19 pandemic, however, Co-Charger has been relatively untroubled and is closing in on a landmark milestone.

“We still went operational in December, so in that weird year, we went from absolutely nothing to working,” Joel said. “At the moment, we are just coming up to 2000 registered users on the app. Around 750 of those are registered as hosts as well. The app is growing at about 40% a month, so it’s very rapid.”

With over 20 years’ experience in project and programme management, with some experience in the automotive industry as well, Joel had all the tools needed to develop Co-Charger and to begin knocking down barriers for people without home charging solutions.

When asked what his aim for the app is, Joel insists that he is not driven by how many users he has registered but is instead focused on getting people out of internal combustion engine vehicles.

He said: “It’s not about getting people into EV’s, it’s about getting people out of fuel cars. What people don’t talk about is the fact that 100 people a day die from traffic fumes, which is around £2 billion a year in cost to the NHS. We don’t face up to the fact that traffic fumes are having this effect. The success for us is to enable people to stop burning stuff.”

That aim is shared amongst other apps and charging solutions, according to Joel.

He continued: “If you can’t charge at home, there are genuine obstacles that you’ve got to get over and Co Charger is one of many solutions for that, and we work very closely with other base-charging solutions and providers. We are associated with other companies, and as a group, the overall mission is to get people to stop burning stuff.

“Co-Charger invented the term ‘community charging’ and that is needed globally. The whole industry of charging solutions has just adopted this policy of collaboration and not competition, and I think that’s why we’ve moved so far together. Even the Government is doing well in terms of listening to advice from the right people and they’re moving things along. It’s not just us that want to make a difference; that’s the culture of the industry.”

Through Co-Charger, Joel has been working with the Office for Zero Emission Vehicles (OZEV) about what needs to be done in order to accelerate the process of getting people out of ICE vehicles. According to Joel, the biggest priority is education.

He said: “When we talk to OZEV, we’re trying to get them to do two things. The first is to get the message across to motorists that not having a driveway is not a barrier to EV ownership because there are Base charging options for those millions of people.  Between community, workplace, kerbside and mobile charging options there is a solution for everyone. Co Charger is the only dedicated Community Charging platform and while it’s no silver bullet, EVs really are viable for everyone. We just need them to know it.

“The other is that they’ve done very well giving grants to people to put chargers in their homes, but we know that needs to end because there is an accusation that they’re giving money to households that don’t need it, which I understand. Our pitch to them is to give people money to host community charging points. That is a much better use and is much more helpful. The objective shouldn’t be just to get people into EVs, if they get out of a fuel car and they get a bike or a scooter, that’s just as big of a win.”

Whilst he says that more can always be done to accelerate the shift from petrol and diesel vehicles to electric ones, Joel says that the research which is available suggests that the battle is already won.

“The stat that should be shouted from the rooftops, which comes from Zap-Map, is that 1% of EV owners are considering going back to a fuel car. The really powerful statement from that, however, is that people who have lived with both a fuel car and an EV car, 99% prefer an EV, which is a startling statistic.

“To be honest, the battle between petrol and electric is already won. Yes, the Government did a good thing with an aggressive deadline to stop making ICE vehicles, but I think it’ll be over well before then. The price of diesel is plummeting and that’s because people are aware that it’s a dead asset and that figure of 99% of people preferring an electric vehicle says everything you need to know.”