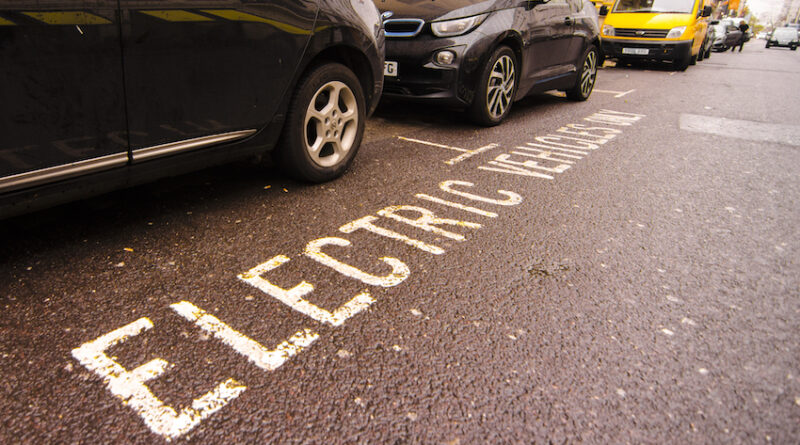 Paul Martin, CEO of Totally Charged, has his say on what government must do to continue the growth of the electric vehicle industry.

Earlier this month, Ofgem set out its priorities for the EV rollout. The Ofgem strategy is the latest in a wave of government and quasi-governmental announcements and guidance, aimed at increasing the support for EV charge point roll out, that have been made in the last few months.

There certainly seems to be an increased momentum in the narrative coming out from government and there is little surprise the increased level of urgency, with the government focussed upon COP26 starting in Glasgow in November, when the eyes of the world will be on UK leadership of the global decarbonisation agenda.

COP 26 sound bites aside, the question many in the EV sector are asking is whether any of the recent announcements will radically change the speed of roll out or whether they will produce the C-change that government is looking for?

This article examines what has been said and how some fresh thinking could help.

What has been said recently?

As well as the Ofgem announcement, which amongst other things prioritised the adoption of smart charging and vehicle to grid technology, new government legislation has recently pledged to ensure all new homes have smart EV charge points fitted as standard from next year onwards with a minimum 7kW in England; committed to changing the home grant regime to favour tenant and not homeowners; launched a competition to design an “iconic” new on street charging point to emulate the red phone box or the Royal Mail red pillar box; and meet up to 75% of the cost of installing on street chargers through the On-Street Residential Charging Scheme (ORCS) to highlight but a few!

Whilst welcome and sensible, there is nothing particularly new in what Ofgem has said and the real test is in practice and ultimately how any of these measures can create an environment for enhanced delivery of EV infrastructure.

A telling sign or indicator of the effectiveness of government intervention is often how much notice the target industry takes when announcements are made. It was telling for me when one leading market player told me that they hadn’t even looked at the Ofgem priorities, which says a lot and like many, including myself, there is a growing feeling of fatigue with all the stuff being pumped out and with so little capacity and so many hurdles and challenges to overcome on a daily basis. “Getting on with the job in hand” seems to me to be the resounding response rather than exultation.

In other areas, there has been some dismay and alarm at the government’s change to the home grant regime and the rationale behind switching the emphasis towards tenants. This is doesn’t seem to have been well thought through at all.

I am sure that this is well-intentioned, but misguided for a number of reasons, most notably that the grant-aided tenant EV chargers are a fixture and fitting that benefits landlords and also the disincentive to homeowners at a time when the proportion of electric vehicles in the UK is less than 1%! Surely now isn’t the time to pull back from grants but to add to them?

Anyone with an electric vehicle will tell you stories of despair trying to charge whilst in transit – not only is it sometime hard to find rapid or even fast-charging stations, when you do they are often too busy and oversubscribed, or you need a university degree to download the app and get charging. Charging at home in the UK, a nation with 70% homeownership has to be a central government policy. Making charging easier for the consumer is a key focus for Totally Charged and we are working ways to do this right now.

The EV sector knows all too well that widespread adoption of disruptive technology takes time. Research has shown that only 31% of average consumers would even consider purchasing an electric vehicle as their next car. EV has not reached the tipping point in the path to market dominance.

69% of average consumers think that EV cars are currently too expensive, too short range and too slow to charge. However, research has again shown that the tipping point on these criteria is not too far away.

The tipping point price for an EV car according to research is around £30,000. Consumers also expect or need 291 miles of range, these criteria are also in sight.

What is holding the industry back is EV charging infrastructure. Research shows that the consumer wants to charge from empty to full in the magic number of 31 minutes. Unfortunately, the availability of rapid charging and smart charge points generally inhibits this.

So the largest barrier is the lack of widespread fast charging – it is the classic chicken and egg effect: to sell cars to the mass market you need EV charging infrastructure in place and to pay for EV infrastructure you need cars on the road.

As an EV infrastructure provider, this is where Totally Charged is focussed, aiming to deal with the anxiety, concern and user experience EV drivers have in relation to where their next charge is coming from.

There are effective measures that can be implemented and if the UK government stimulus of the solar PV market ten plus years ago is anything to judge by, government can play a really crucial role.

The feed-in tariff gave focus and was the catalyst that every infrastructure industry needs, providing the certainty and stability currently lacking in the EV infrastructure sector. Right now the EV charge point industry lacks this comprehensive investable stability and Boris needs to sort this our fast.

Of course, Governments have always built and owned infrastructure from roads and rail, to dams and airports and the alternative to grant or tax-based subsidy is to build infrastructure on the public balance sheet. However, with record levels of government debt following the pandemic and a free market economy, this seems high unlikely.

According to Neil Kenward, who was speaking at Fully Charged Live in September, by the time “World EV Day 2030” rolls around in nine years’ time there is expected to be at least ten million electric vehicles on the roads of Britain. Elsewhere that figure was 14m electric vehicles and up to 19m EV charge points by 2035.

Work is needed, after all it can often be forgotten that EV is itself just one part of the wider decarbonisation agenda – a point we at Totally Charged never lose sight of. Indeed, the Parliamentary Committee on Climate Change has said that the Government’s ten point plan on decarbonisation and net zero by 2050 is not on track and not backed by serious policies, further making the case for greater clarity and certainty.

What is needed is a long period of stability and certainty, which will breed and fuel investment

The government needs to provide targeted investment and subsidy, as it did successfully with solar farms for a while. But government also needs to learn a lesson from solar farms – when the subsidy was removed almost overnight and the industry ground to a halt and went backwards ten years, without ever returning.

Government can’t subsidies EV infrastructure forever, but there should not be a cliff edge and a tapered approach should be adopted.

So with all this in mind, I’ll ask again …. what is the plan Boris?

Totally Charged is an electric vehicle charging point supplier, installer and operator. Listen to EV Powered’s interview with Paul Martin on the Everything EV Podcast here.