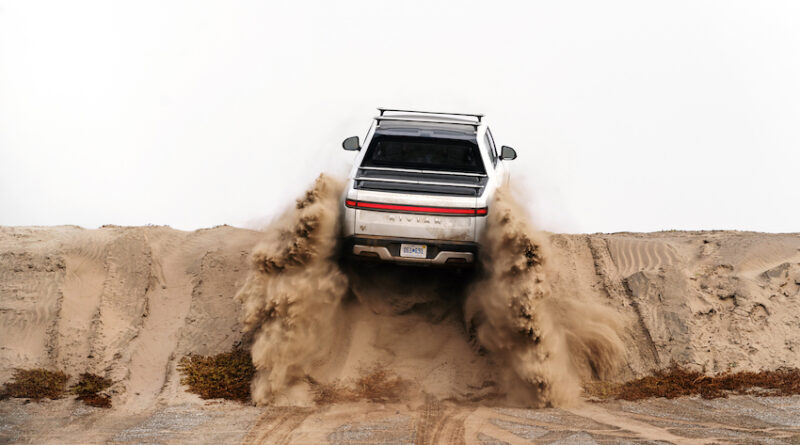 Rivian, the electric vehicle start-up backed by Amazon and Ford, is in talks with ministers about building a factory in the UK.

The company has been in discussions with Government regarding the construction of a new site near Bristol, as the brand looks to establish its first factory outside of America.

Sky News reported that the company is also considering Germany and the Netherlands as potential locations for the new base. The report added that any investment is likely to be worth over £1 billion.

The talks are also said to be focused on manufacturing facilities, rather than the batteries powering the vehicles.

Rivian, which was founded in 2009, is accelerating its growth after it raised $2.5 billion last month, bringing the total amount of money raised to $10 billion in the past two years.

It is also backed by Amazon, which has placed an order for 100,000 units of Rivian’s fully electric trucks, and the delivery of these vehicles are expected to take place towards the end of this year.

The brands lineup currently consists of two electric 4X4’s, the R1T and the R1S, both of which are fully-electric and boast more than 300 miles of range and 0-60 in three seconds.

Rivian is not the only American electric vehicle firm looking to establish a base in the UK, with Tesla boss Elon Musk also rumoured to be eyeing up potential locations for a new base.

In May, it was reported that Musk had travelled to the UK, raising speculation that he was investigating possible locations for a new base. Since then, a number of local MPs from Northamptonshire have written to Musk outlining why the county would be the ideal location for a new factory.

Rivian and Tesla could also follow the likes of Nissan, which announced plans for a £1 billion investment in Sunderland, and Stellantis, which said it would be pumping £100 million into its Ellesmere Port plant in Cheshire for the production of electric vehicles.