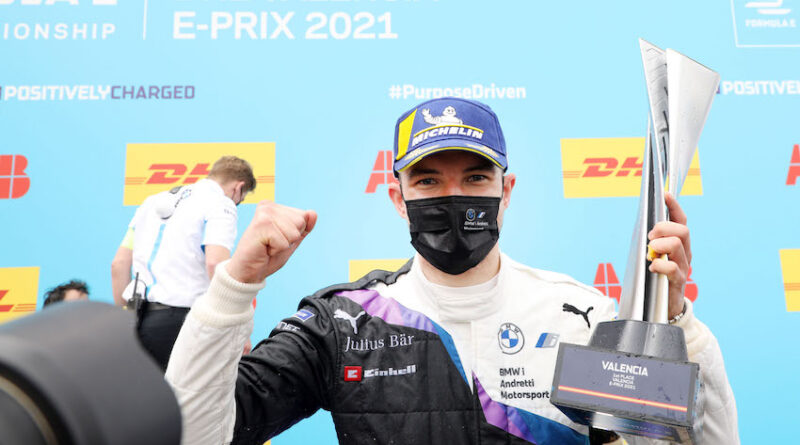 BMW i Andretti’s Jake Dennis has described his victory in the Valencia E-Prix as his “best day in motorsport so far.”

After a chaotic start to the weekend in Valencia, Dennis was composed as he held off pressure from Mahindra’s Alex Lynn to claim maximum points.

Reflecting on the weekend, Dennis said: “Getting your first win in Formula E is always something special, it’s obviously your first goal and dream. Being able to do it so early in the season on race six is a cool feeling. Credit to the team for doing such a good job with the strategy to allow me to deliver the results in qualifying and also later in the race.

“I think it was more of a challenge to get this race win. In Formula E, it is so difficult to put everything together, but to get pole position and the race win, I’d probably say it has to be my best day in motorsport in terms of the whole package.”

Racing on a permanent circuit such as Valencia posed a number of challenges to the teams, particularly in terms of energy management. Those worries translated into Round 5 with only 12 drivers finishing with enough energy.

“I think having the patience is the key to success.” Dennis said when asked what enabled him to come out on top. “In Formula E it’s very much like a poker game and to trying to understand where to show your car at and where not, I think we managed that perfectly in the race. We pushed where we had to and then we’ve saved energy where we could do and it worked out. That’s why we came from A to B the fastest and that’s why we won the race.”

Dennis hasn’t had to wait too long for his first win, just six races in total. However, the previous races have given him enough chance to learn and develop, he says.

“I’ve learned a hell of a lot in my first six races in Formula E, definitely! We’ve had the full roller coaster experience, we started from the back and came forward, we started from the middle and now literally we started from the front leading every lap and then getting the win. So, we’ve had every scenario now and it’s much easier starting from the front, that’s what I have learned, so qualifying is super important. But the whole six races have been a massive learning curve from me and still I have so much to learn in comparison to the other drivers.”

The win lifts Dennis up into eight in the Drivers table and within a race win of leader Nyck De Vries of Mercedes-EQ. Even after a stuttering start to life in Formula E, Dennis believes he can continue his ascent to the top.

“I think we are all back in the hunt,” Dennis said. “We’re only 22 points behind the lead after six races so we’re definitely there. Back in group two in qualifying now, eighth in the championship, we’ve made a big step forward in the team championship, so it’s all eyes on Monaco in a couple of weeks where we will try to get big points again before we have a big break afterwards. It’s a new circuit for me but I’m sure it will be a cool event and I’m very much looking forward to driving in Monaco for the first time.”