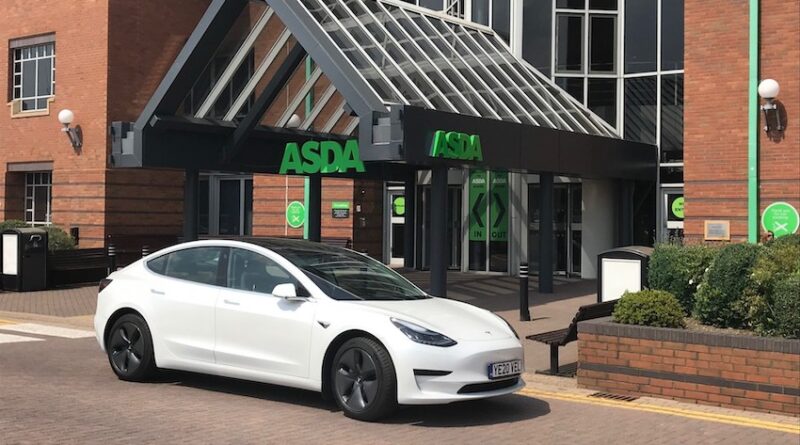 Asda is aiming to become the first British supermarket to move its whole company car fleet to electric, with plans to fully convert its fleet by 2025.

The supermarket will change its fleet of over 600 vehicles to electric over the next four years, which it says will save over 2,411 tonnes of CO2 – the equivalent of over six million miles driven by an average petrol run car.

Field and head office-based colleagues will be able to choose from a wide variety of makes and models such as the Audi Q4 e-tron, Mercedes EQA and EQC, Tesla Model 3, Polestar 2, Volkswagen ID.3 and ID.4 and the Volvo XC40 Pure Electric.

Asda made the switch after 85% of colleagues who opted for a company car as part of their benefits package chose an electric vehicle over the past year and means that all petrol and diesel vehicles will be off the fleet by June 2025.

The move to an all-electric car fleet is supported by Zenith, who have worked in partnership with Asda for 20 years and manages its car and commercial fleet.

Simon Bell, senior manager for the Asda Reward Team, said: “Reducing our carbon footprint is extremely important to us and our customers so we are always looking at ways in which we can make a difference and be a more sustainable business.

“We are delighted by the enthusiastic uptake in electric cars by our colleagues over the past few years and it is a win win, as they are helping the environment as well as reducing their own motoring costs.”

Jon Smith, relationship director at Zenith, added: “We worked closely with the team at Asda to model the impact of this move and ensure it met the needs of the business and colleagues. Transitioning the fleet to BEVs creates a significant carbon saving for the business, which supports Asda’s sustainability agenda and gives colleagues access to a wide range of BEVs that provide the latest technology and cost-effective motoring.”

The announcement comes after Asda recently revealed that it had reduced the amount of Greenhouse Gas (GHG) emissions it produced last year by more than 16%. The company is investing in low carbon technologies across its stores and depots as part of its long-term strategy to reduce Scope 1 and 2 emissions (relative to 2015 baseline) by 50% by 2025 and ultimately become a net-zero carbon business by 2040.