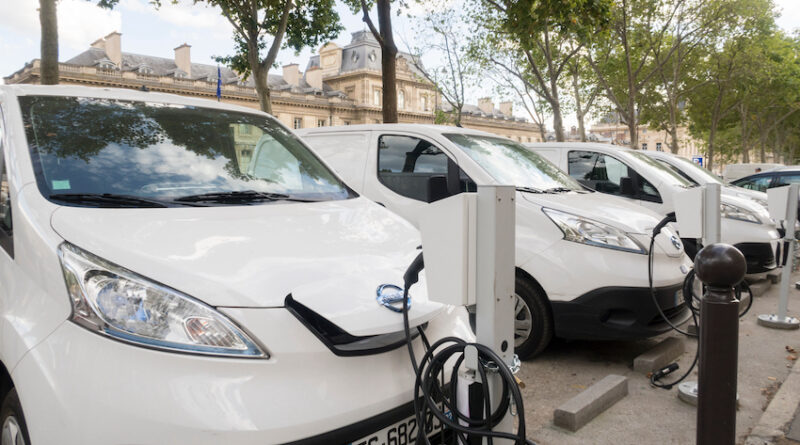 Businesses electrifying their vehicle fleets must put systems in place to influence driver behaviour or risk their EVs becoming “unworkable.”

That’s the view of Mark Roberts, the boss of British automotive tech specialist Lightfoot. He has warned that failure to ensure all drivers meeting minimum standards could render many electric vehicles not fit for purpose and impractical for businesses.

According to Roberts, this will make workflow planning a nightmare and lead to a situation where one driver can complete a days’ work on a single charge, while the next spends half the day topping up the van’s battery or awaiting recovery.

‘’The simple truth is that you can’t invest millions of pounds in an EV fleet without first tightening the loosest nut in the vehicle; the driver,” said Roberts.

Roberts added that Lightfoot’s in-cab driver coaching and engagement technology generates more than 10% fuel savings in petrol and diesel fleets, but it can also de-risk electrification for businesses. Rather than focusing on making a fleet’s best drivers even better, it improves driver performance across the board, achieving a consistent standard for all drivers, which means uniform range from all drivers, which can make the difference between success and failure for EVs within fleets.

He continued: “Any fleet that tries to electrify without tackling the issue of diverse driver behaviours within their fleet is in for a nasty surprise.

“Electric vehicles will work perfectly for the best drivers who accelerate smoothly and drive sensibly, but there will be others who put the pedal to the floor all the time and their bad habits will make EV totally unworkable. As a fleet manager, that’s an impossible situation to manage.”

These issues have stemmed from personal experiences, Roberts said.

“I was inspired to form Lightfoot by this very problem. With my previous company we developed a brilliant electrified Transit with a superb range but, the minute we put a driver behind the wheel, he drove it like he stole it and the van couldn’t even achieve half the range it was capable of.

“This is a problem many fleets are going to encounter as they move away from ICE vans and into electric, not helped by the fact the EV’s are quick, with loads of torque, so it’s pretty tempting to put your foot down.

“They can do all the research they like into the range of vehicles but unless the drivers all drive in much the same way, they’ll never know what a charged vehicle can do before it needs to be recharged.

“This wasn’t a problem when drivers could just pull into a filling station and top-up with fuel but now it’s going to be.”

Lightfoot’s solution is based on bottom-up engagement, encouragement and reward rather than “top-down management and punitive measures.” An in-cab display uses data from the vehicle’s CPU to drive its algorithms that generate live driving efficiency coaching.

By following this coaching, drivers build a Lightfoot score which they can track on a mobile app. Scoring 85% or more gives them ‘Elite Driver’ status and allows them to enter prize draws like the weekly Lightfoot Drivers’ Lottery where 1-in-10 drivers win a cash prize of up to £200 each week.

By getting the majority of drivers to a very achievable driver rating of 85%, the system can make the biggest impact across the fleet as a whole, Roberts explained:

“We do a free 8-week trial with all our large customers before they decide to deploy. The first 4 weeks is in ‘Blind’, with no feedback, no coaching, just collecting data (like a traditional telematics product); the next 4 weeks Lightfoot comes to life and does its thing. We see circa 3% of drivers are Elite in the blind period with no coaching, but in Live that number rises to 80% in the first week and this is sustained long term. So that means we help fleets get 80% of their drivers performing at the same level as previously just their top 3% achieved, and with no management input required and need to take drivers off the road for training, it is a gamechanger.

“The comparison between Blind and Live generates a clear ROI based on the improvements in efficiency, safety and driver score.’’

He added: “This really makes a massive difference. In an electric vehicle, good drivers can achieve up to 20% more range than a bad one. With an ICE vehicle, that 20% would just mean another trip to the petrol station, but in an electric van, that reduction in range could be the difference between completing a trip or not, or at the very least, considerable time wasted at a charging station.”

“Imagine being able to add 20% more range to the vehicles in your fleet. That’s potentially enough to tip the balance in favour of a fully electrified roll-out.”