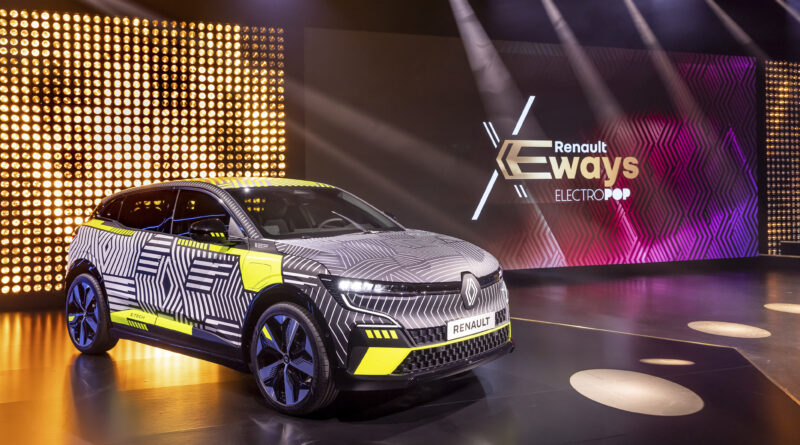 Renault has announced plans to launch ten new battery-electric vehicles by 2025, with a new Renault 5 model set to be a third cheaper than a Zoe.

According to the manufacturer, the news is the latest development in its ambition to deliver a broader range of pure-electric vehicles to more potential customers, with an enhanced choice to fit all needs and tastes.

The new models will begin with the Renault 5, which will be developed on the brand-new CMF-BEV platform by Renault ElectriCity in Northern France.

The carmaker will also revive another of its other models, currently named 4ever, as well as strengthening its presence in the all-electric C-segment, firstly with the All-New MéganE in 2022, while the Alpine “dream garage” unveiled in January will become a reality, starting in 2024.

Renault says it is aiming to provide the “greenest mix in the European market” in 2025, with more than 65% of vehicles in the sales mix electric and electrified, and up to 90% battery electric vehicles in the Renault brand mix in 2030.

Luca de Meo, CEO of Renault Group, said: “This is a historic acceleration of Renault Group’s EV strategy, made in Europe. By building our compact, efficient, high-tech electric ecosystem Renault ElectriCity in Northern France together with our e-powertrain MegaFactory in Normandy, we create the conditions of our competitiveness, at home. We’ll train, invest and partner up with established and emerging best-in-class players in their fields: ST Micro-electronics, Whylot, LG Chem, Envision AESC, Verkor.

“Ten new electric models will be conceived and up to one million electric vehicles will be manufactured by 2030, from cost-efficient urban vehicles to sportier, higher-end ones. As well as efficiency, we bet on iconic designs such as the beloved R5 to bring the Renault touch to electrification, making electric cars popular.”

Renault Group is partnering with Envision AESC which will develop a gigafactory in Douai with a capacity of 9GWh in 2024 aiming to reach 24GWh by 2030. Close to Renault ElectriCity, Renault Group’s partner will produce cost-competitive, low-carbon and safe batteries using the latest technology for electric models, including the future Renault 5.

Renault Group has also signed a Memorandum of Understanding to become shareholder of the French start-up Verkor with a stake of more than 20%. The two partners intend to co-develop a high-performance battery suitable for the C-segment of the Renault range (and higher), as well as for Alpine models. The partnership includes the development of a pilot production line for prototype battery cells and modules produced in France from 2022. In a second step starting in 2026, Verkor aims to build the first gigafactory for high-performance batteries in France, with an initial capacity of 10GWh, potentially rising to 20GWh by 2030.

In less than ten years, the Group will aim to drive its costs down step by step by 60% at pack level, with a target below 100 dollars/kWh in 2025, and below 80 dollars/kWh while preparing the arrival of All Solid-State Battery technology within the Alliance in 2030.

The Group is also deploying facilities for battery retrofitting, re-using, dismantling and recycling through its Re-Factory project in Flins with the objective to generate more than 1 billion euros of turnover from end-of-life and recycling activities by 2030.