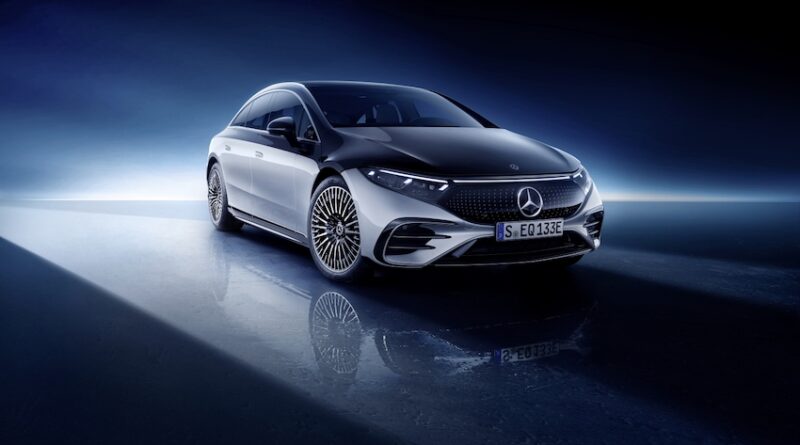 Mercedes has unveiled its brand new EQS, the all-electric alternative to the manufacturer’s flagship S-Class.

Billed as the first all-electric luxury saloon from Mercedes-EQ, the EQS will launch with two models, the EQS 450+ and EQS 580 4MATIC. Deliveries for the UK are expected at the end of the year.

The first models on the market will be EQS 450+ with 245 kW and the EQS 580 4MATIC with 385 kW new-gen modular batteries. A performance version with up to 560 kW is being planned, the brand has also confirmed. An AMG model with up to 751bhp is also in the works.

Both models will be available with a 107.8kWh lithium-ion battery which Mercedes says will glean 478 miles of range. The EQS can be charged with up to 200 kW at fast charging stations, meaning another 180-odd miles can be recuperated in just 15 minutes.

While prices haven’t been officially revealed, they are expected to be similar to the S-Class, starting from around the £80,000 mark.

Ola Källenius, CEO of Daimler AG and Mercedes-Benz AG, said: “The EQS is designed to exceed the expectations of even our most demanding customers. That’s exactly what a Mercedes has to do to earn the letter ’S’ in its name. Because we don’t award that letter lightly.”

Christoph Starzynski, vice-president for electric vehicle architecture, added: “Our electric initiative is in full swing. With the EQE business saloon and the SUV variants of the EQS and EQE, further models based on the new architecture will follow soon.”

At just over 17 feet long, the EQS is similar in size to other S-Class models, but it has an almost completely different look and feel.

While the two models share a similar height (just short of five feet), the EQS has a rounder, more aerodynamic body with a lower, angled front end. In the words of Mercedes, this car was designed to be completely distinguishable from vehicles with combustion engines at first glance.

Mercedes says this particular car has been based on the modular architecture for luxury and executive-class electric vehicles, and this is echoed by chief design officer, Gorden Wagener.

“With our EQS, we have created a completely new, future generation of luxury cars,” he said. “Based on our style of sensual purity, we create desire by combining a beautifully seductive sculpture with the most progressive proportion. Key features such as the ‘one-bow’ design and a holistically integrated, highly reduced and seamless styling gives the EQS its sporty and progressive look. That’s what sets it apart from any other vehicle we have ever created – that’s what makes our EQS so extraordinary.”

It boasts a collection of gadgets and gimmicks as well, including self-opening doors, over 350 sensors (depending on the model) and a cockpit which features a lot of driver displays.

The EQS is Mercedes’ most important all-electric car yet, as it looks to assert itself as the premium luxury electric car.