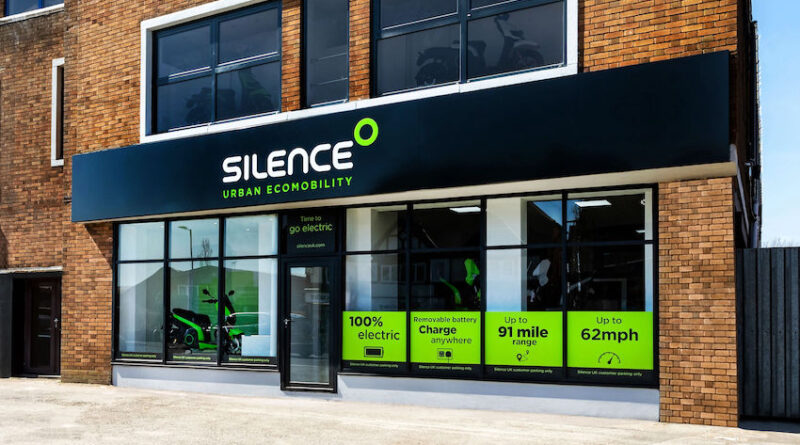 Spanish electric vehicle brand, Silence, has unveiled its first retail store and headquarters in the UK with a new site opening in the West Midlands.

The Solihull-based headquarters will also act as a training centre for the firm and provide warehousing.

The company, which produces fully electric, two-wheel vehicles, announced the move following significant growth for the electric 50cc and 125cc market, which grew +50% in 2020 and is up almost 300% in the first four months of 2021, growing by over 550% in April alone.

John Edwards, one of the founding partners of Silence UK, commented: “Solihull makes the perfect location for investment, in the first phase of our launch and establishment of our UK headquarters. Not only is the West Midlands already a hub for electric vehicle businesses and research, but its leaders are focused on ecomobility and infrastructure.”

He said: “We’re delighted that Silence has chosen to base their UK headquarters here in Solihull. Their investment reflects the confidence in the region as we position ourselves to be at the forefront of low-carbon future mobility.

“Transport currently accounts for 39% of Co2 emissions across the borough. Tackling this area is going to be key to unlocking our low carbon future and achieving our net-zero carbon aspirations for the region by 2041.”

Dan Storer, chief investment officer at the West Midlands Growth Company – the region’s official investment promotion agency – added: “Silence joins the West Midlands’ leading automotive cluster at a strategic moment in its evolution. Building on a robust legacy of spearheading transport innovations, our region has a rigorous proposition to supercharge the future mobility ambitions of industry and Government.

“The decision for Silence to base its UK headquarters in Solihull is affirmation of the region’s potential to accelerate innovation in the sector and drive interest from foreign companies with aspirations to be part of a world-class automotive ecosystem.”

Silence’s electric vehicles have already captured over 66% of the Spanish and 30% of the European electric scooter market, attracting over 21,000 customers across 25 countries.

John Edwards continued: “The combined issues of urban air quality, congestion and cost are accelerating demand for smaller, affordable electric vehicles.  Silence meets that demand head-on, with the latest in EV design and technology, backed by a European manufacturer with over a decade of market-leading knowledge. We are bringing something new and needed to the market.  This is the right idea, at the right time – and the West Midlands is the right place to start.

“We look forward to helping larger West Midlands businesses transform their fleet operations as well as supporting local independent operators such as restaurants and delivery riders to go electric.”

Silence’s flagship retail store in Solihull will be one of several flagship stores opening across the UK, with the next sites planned for London and Manchester. A partnership model will also allow entrepreneurial businesses who want to join the ‘EV revolution’ to retail Silence scooters. Ten jobs will be initially created in Solihull with an estimated 200 jobs to be supported across the UK as the company expands.