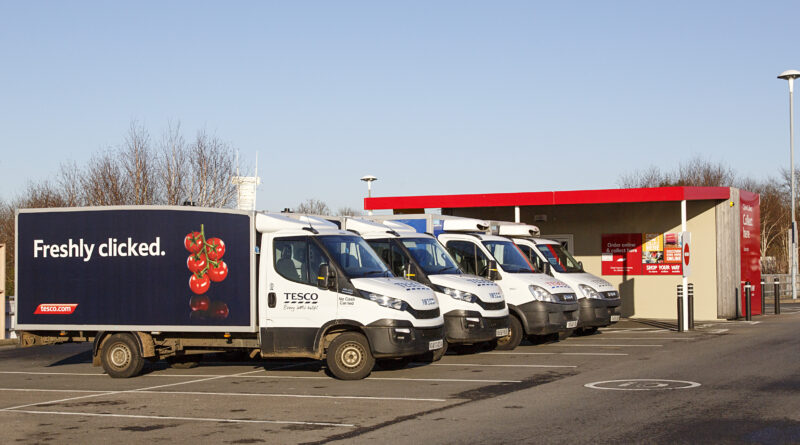 Supermarket Tesco has unveiled plans to switch to a fully electric delivery fleet by 2028 as part of a new manifesto to reduce emissions across its operations.

Ahead of this year’s COP26 Climate Change Summit in Glasgow, the retailer identified electric transport as one of five key areas to focus on in order to improve sustainability across the business.

Tesco has since revealed plans to launch its first fleet of 30 electric home delivery vans, as well as 2,400 charging points for customers across 600 stores, with 400 stores already fitted with the chargers.

By the time the programme has concluded, the supermarket says it will have boosted the UK’s electric charging network by 14 per cent.

Announcing the plans, Tesco CEO, Ken Murphy, stressed the need for both efficiency improvements and cutting-edge innovation if the retailer, and the wider food industry, is to meet its climate change targets.

He said: “In this critical decade for tackling climate change, it’s vital we challenge ourselves to be more ambitious in our aims and accelerate progress against them. At Tesco, we’re playing our part by creating a better basket for our customers and the planet.

“No one business can tackle these challenges alone. We must take collective action as a food industry to drive the transformational changes necessary to meet the UK’s climate commitments.”

The plans form part of a wider commitment from Tesco to reduce emissions in its own operations, which also include switching to renewable energy by 2030 and partnering with renewable energy investors to launch new renewable power generation projects.