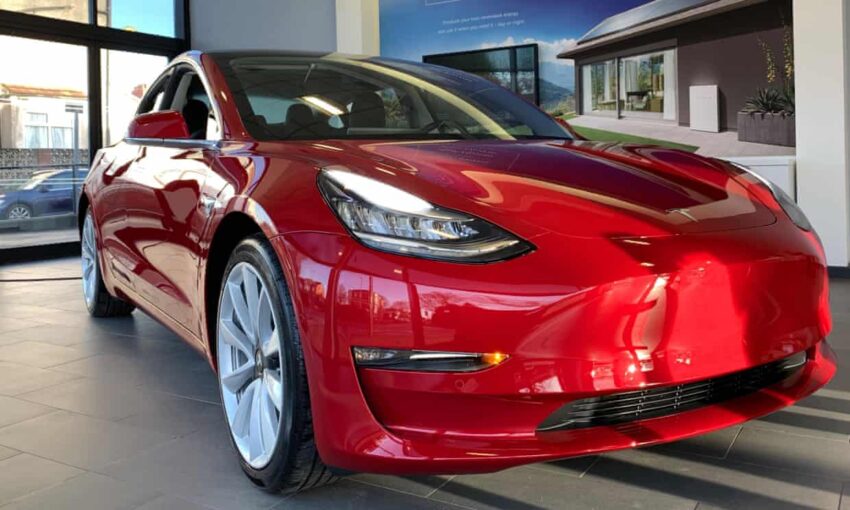 Electric and hybrid cars gained traction among European buyers in April despite coronavirus lockdowns stalling the market, suggesting carmakers are likely to avoid potential fines potentially worth billions of euros if they fail to reduce average emissions.

Battery electric vehicles and plug-in hybrid cars accounted for 17% of sales across all European markets, including the UK, in April, according to data collated by industry analysts Jato Dynamics. That was more than double the 7% market share achieved in April 2019.

The data show buyers were more likely to opt for electric and hybrid cars even as overall sales fell dramatically. Total car sales, including petrol and diesel models, fell from 1.34m units in April 2019 to 292,600 vehicles in April 2020, the lowest level since the 1970s, Jato said.

Sales of battery electric cars fell by 29% during the month compared with the previous year, but performed far stronger than the 78% decline seen across the market as a whole as sales of petrol and diesel cars decreased much faster.

The data suggests that – if the market share gains are sustained as showrooms in the UK and Europe reopen – carmakers are making progress towards meeting emissions reductions targets that came into force at the start of the year. The targets are based on average emissions of all cars sold in the EU and the UK in 2020 and 2021.

Felipe Munoz, an analyst at Jato, said: “EVs were already driving part of the small growth that remained in 2019. This year, as governments have acted quickly to protect their people and economies, EVs have gained even more traction and visibility due to incentives.”

However, the increase in plug-in hybrid sales appears to corroborate analyst predictions that hitting the targets would be achieved largely through sales of cars that still emit large amounts of carbon dioxide in many cases.

Carmakers are pushing for the EU and the UK to introduce further subsidies to support the car industry. The industry employs 13.8 million people across Europe, according to the European Automobile Manufacturers’ Association.

The carmakers are pushing for subsidies to apply to fossil-fuelled cars as well as electric vehicles, which has drawn protests from environmental campaigners and politicians who want electric models to be prioritised as consumers are encouraged to avoid public transport for health reasons.