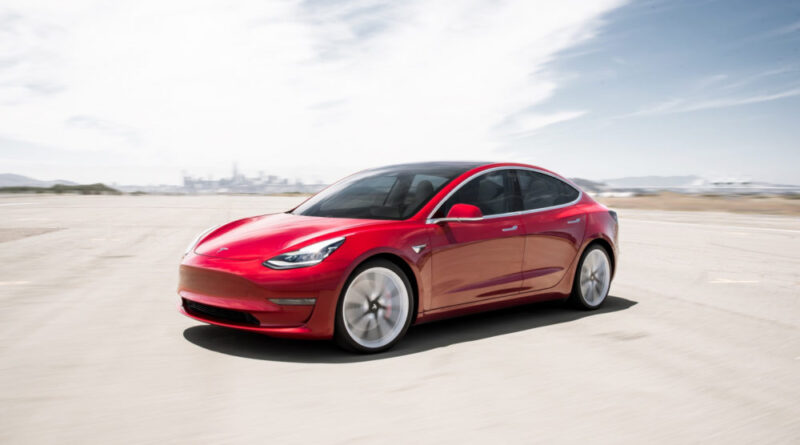 Depending on who you believe – and everyone on Twitter takes sides – Tesla boss Elon Musk is either a visionary genius or a master of media manipulation.

In truth, he’s probably both. Having made his fortune as CEO of PayPal, Musk’s wackier ventures include launching a Tesla Roadster into space and the Hyperloop high-speed tube train. He also hopes to establish a human colony on Mars.

Beyond the clickbait and controversy, however, Tesla is deadly serious about taking on the automotive establishment. In 2018, it was the world’s best-selling electric car brand. And last month, the new Model 3 overtook the Ford Focus to finish third in the UK sales chart. Not bad for a car that starts at £38,500, even if that makes it easily the cheapest Tesla yet.

Arriving at Tesla’s service centre by the Dartford bridge, all three flavours of Model 3 are lined up to drive: Standard Plus, Long Range AWD and Performance. I pick the latter, obviously. While lowlier versions target the Audi A4 and BMW 3 Series, the £52,640 Performance is a wannabe sports saloon to rival the RS5 Sportback or forthcoming new M3. Its two motors and 75kWh battery pack serve up 450hp, plus 471lb ft of torque from standstill. With four-wheel-drive traction, that means 0-62mph in a Ferrari-baiting 3.4 seconds. 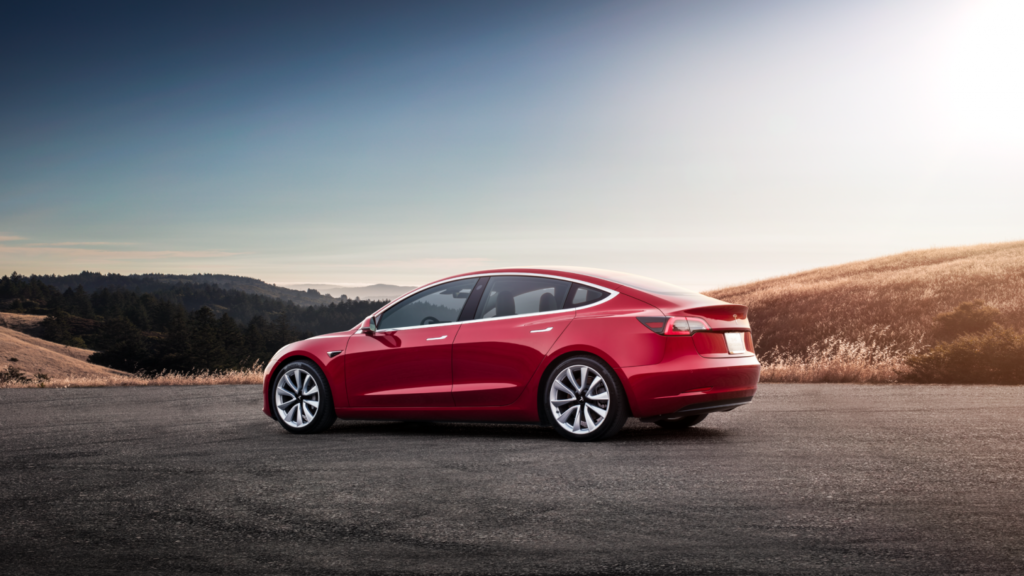 Not that you’d know it. Larger 20-inch alloy wheels, lowered suspension and a subtle rear spoiler – in gorgeous unpainted carbon fibre – are the only clues to this Tesla’s extra oomph. Details such as the flush door handles and full-length glass roof look pleasingly premium, but its bar-of-soap styling borders on bland. Next to uber-aggressive European counterparts, maybe that’s part of the appeal.

The Model 3’s interior, though, is like nothing else. The usual dashboard dials and switches are replaced by a central touchscreen, which liberates more space and looks fabulously futuristic. Forward and reverse gears are selected via a column stalk and you can choose from Sport or Chill drive modes.

In typical Tesla style, there are also arcade games to keep you occupied while parked, plus an ‘Emissions Testing Mode’ that makes a selection of six fart noises when you indicate. You don’t get that in an Audi.

What you do get is a hewn-from-granite feel, something Tesla can only aspire to. The Model 3’s cabin may be a study in less-is-more, but the same principle shouldn’t apply to trim quality. Also, while condensing most of the controls into one screen looks cool, it can complicate matters: switching between air-con and the radio, for example. On the plus side, there’s room enough for two six-footers in the back and a large boot, plus a useful front ‘frunk’. 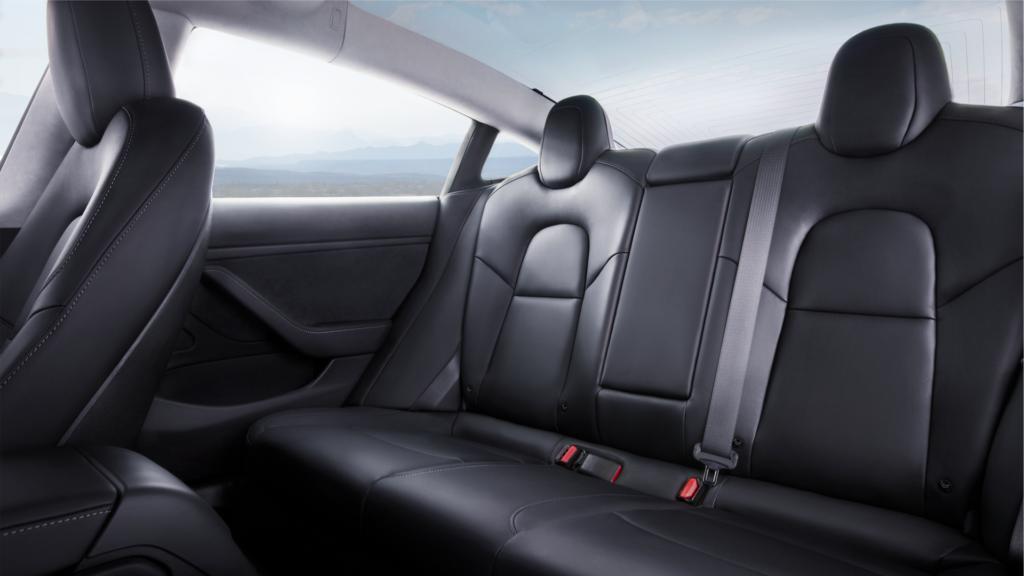 You forgive this car its faults the moment you floor the right pedal, too. Acceleration is so rapid it squelches your internal organs and scrambles your synapses. You go from zero to warp factor 10 almost instantly, and with a lack of noise that’s entirely alien. No wonder Elon Musk was drawn to space travel. The Tesla’s regenerative braking – which uses friction to slow the car and recharge its batteries – also feels odd at first, but you soon find yourself driving with just one pedal, especially around town.

On open roads, a hefty 1,847kg kerb weight means the Model 3 doesn’t have the dynamic acuity of the best sports saloons. The fun-factor isn’t quite there either; you feel slightly detached from the experience. It is well-suited to long journeys, however, with a 330-mile range on a full charge. It’s also the first Tesla with a CCS charging port, so you aren’t restricted solely to the company’s Supercharger network.

The Model 3 isn’t perfect, but I suspect it will fit into many lives very well. This really could be a game-changer for Tesla: the car that propels it into the mainstream. Let’s hope so – that mission to Mars won’t come cheap.