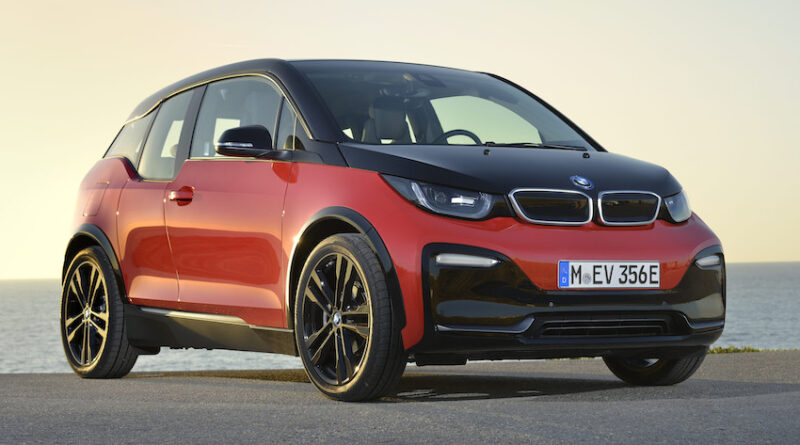 With the BMW i3s bringing extra power and character to the table, we look to find out if upgrading from the original i3 is really worth it.

For years, the BMW i3 has been one of the most recognized and appreciated electric vehicles on the market. Having garnered such a strong reputation in the EV space, BMW made the move to release a faster, sportier version in the shape of the BMW i3s.

Although the BMW i3s does compromise in certain aspects, it does bring a great deal of power and character to the table, making the choice between the two models more difficult than you would think.

Whilst the original i3 model is one of the most popular EVs around, it’s hard to describe it as the best-looking car on the market, and its popularity is more as a result of its price and its range.

However, there is a lot more attitude with the i3s, which is to be expected from a car that has been designed to have a lot more oomph than its predecessor.

Although it still looks enough like the i3 to remain related to the model, the i3s has had a bit of a facelift, which can be seen in certain features like these 20” alloy wheels and popped out wheel arches.

The car has taken a big step away from the ‘bubble car’ aesthetic that was commonly associated with the i3, and it’s now a whole lot cooler. The model we had on test had two-tone red and black colouring, which did divide opinion, but other colour schemes such as the black and white and all-black options are available which look much more stylish.

All in all, the i3 was guilty of looking a bit too cuddly and cute, and so the meaner appearance of the i3s is very welcome, and it perfectly matches its power and performance.

The whole premise of this car was for it to be much faster and sportier than the original and, thankfully, BMW has achieved that. That’s thanks to the upgraded 135kW battery, up from the 125kW on the original, which means 0-62mph can be achieved in 6.8 seconds, down from 7.3 seconds with the i3.

The i3s is also slightly lower than the previous model and there are thicker tyres at the rear, all of which means this car can cope with the extra power and you can really feel it sticking to the road, particularly when you go steaming into corners and slaloming up windy roads.

You can have a serious amount of fun behind the wheel of the i3s, but that does come at a bit of cost, however.

We said the i3s compromises in some areas and the main one is range. With the i3, you can enjoy a fairly reliable range of around 190 miles, whereas the i3s’ WLTP official range is 176 miles, which, considering how easy it is to put your foot down when driving, is more like 140-150 miles in the real world.

If you’re setting off for a slightly longer journey, you will have to try and stop yourself from speeding off from a set of traffic lights because your range will take a fairly severe hit if you do.

In terms of charging, the i3s will take around 12 hours to charge fully from a 3kW charger and around 6 hours using a 7kW charger. The use of a 50kW CCS charger will also take you from 20 to 80% in around 40 minutes.

However, as I mentioned before, on a longer journey you may have to factor in a charging stop because resisting the urge to keep your foot off the throttle is easier said than done.

It’s a bit of a mixed bag when it comes to the inside of this car but overall, BMW has done a decent job.

The windows are nice and large and it washes the whole interior with light, making it feel like there’s a great deal of space. Up front, there’s no transmission tunnel so there is lots of room around your feet, and all the buttons and dials are nicely organised and within easy reach. For a man over six feet tall in a fairly small car, it’s quite a pleasant experience to be sat in the driver’s seat.

There are four different interior options, and in the model we had we were treated to the leather seats which were divine. Some of the materials used throughout do feel quite cheap and scratchy, and there is a very strange wood panel effect on the dash which completely clashes with the rest of the décor. However, one saving grace for this design step is that many of the materials are from recycled and natural materials, which ties in with the philosophy of a zero emissions vehicle.

You can also enjoy audio from a Harman Kardon surround sound system, as well as other handy features such as wireless charging for your phone, reversing cameras and BMW’s Driving Assistant Plus package, which offers you adaptive cruise control and lane assist.

The infotainment system is OK. The screen is a lot smaller than you’ll find in most electric cars, and it’s operated by a very annoying dial in the centre console which is oversensitive and extremely fiddly, especially when you’re tying to operate the controls for Apple CarPlay.

Legroom in the back is decent, but headroom is going to be a bit of an issue for any of your taller friends. There’s not too much in the way of boot space, either, with only 260 litres available, which is fairly disappointing when you compare it to the likes of the Renault Zoe.

Barring the odd faux-pas, the BMW i3s just about scrapes a pass for the interior.

We’ve discussed the good, the bad and the ugly of the BMW i3s and whilst we have enjoyed our time with this car, there is one big issue left to deal with: the price.

This higher-end model of the i3s comes in at £38,200 which is a serious mark-up on the i3’s price of £34,000, especially when you consider that for that price, you’re getting a car that has less range, is slightly better looking and is only half a second quicker.

It is a lot of money for a minimal upgrade in some departments and, although it is fun to drive and is very nice inside, our advice would be to save a bit of money and go for the old original favourite, the BMW i3.