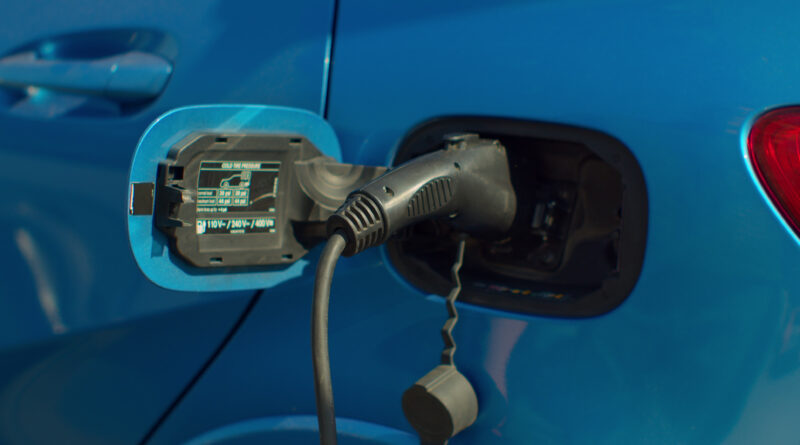 For many potential EV buyers one of the most confusing aspects of ownership are the multiple charging connectors. Unlike traditional internal combustion engined cars that all use similar filler nozzles to receive their fill of fuel, with electric cars there are at least five different plugs, with various manufacturers committed to one or even two systems.

However, as our handy guide shows, it’s more straightforward than it looks, and in future will likely be even more so.

This five-pin connector is used widely in North America, but in the UK and Europe it’s been largely superseded by the Type 2 variety. That said, you’ll still find it on some older EVs, such as the first generation versions of the Nissan Leaf and Kia Soul EV, while the plug-in hybrid Mitsubishi Outlander PHEV continues to use this connector. This system is only designed for AC (Alternating Current) slow and fast charging, which means it can accept anything between three and seven kW. And while you’re unlikely to find a tethered (charging cable permanently attached to the charger) Type 1 public charger, EVs with this system should have an adapter that allows them to be plugged into untethered charging points.

By far the most common plug in Europe, the Type 2 is sometimes referred to as the Mennekes in deference to the German company that designed the connector. Recent EU legislation means that most car manufacturers now have to fit this seven-pin plug as standard to their EV models, meaning that almost all tethered public charging points will have a Type 2 plug.

Like the Type 1, this system is designed to work with slow and fast charging. However, it can also handle the 22kW delivered by a three-phase power supply, although you’ll need to check your car can accept this rate of charge. The latest Renault Zoe can also handle charging of up to 43kW at one of the rare AC rapid charging sites, while the Tesla Model S and Model X use a modified Type 2 that allows them to charge at both the firm’s Supercharger network and at a domestic wallbox.

Unlike the Type 1 connector, the Type 2 can be locked to the car, ensuring nobody can disconnect the car while it’s charging and you’re away from the vehicle.

The Combined Combination System, or CCS as it’s more commonly termed, is the most popular connector for DC (Direct Current) rapid charging. Most new pure EV models are fitted with this type of socket, which essentially allows you to both charge at a public DC rapid charger and a home AC unit. This is also the system that Tesla has started to adopt in Europe, making it standard on the Model 3.

Essentially it combines the heavy duty 2-pin DC socket with either the 7-pin Type 2 (CCS Combo 2) or 5-pin Type 1 fixing, with the DC connector sitting below these AC plugs. When you want to top-up the battery at a rapid charging station (most will feature both types of CCS connectors), simply slot the tethered CCS connector into your car and, depending on the charger and vehicle, you can accept up to 350kW of current. However, while the CCS plug connects with both charger sockets in the car, it’s only the 2-pin element at the bottom that’s used to transfer the electricity to the battery. When you’re charging at home, simply use your Type 2 plug for the top half of the socket.

CHAdeMO is the abbreviation for the rather enigmatic sounding ‘Charge de Move’, one of the first DC rapid charging systems. Devised in 2010 in Japan, it’s still the connector favoured by Honda, Mitsubishi, Nissan, Subaru and Toyota. Like the CCS system it is used for rapid charging and is currently capable of carrying up to 400kW, with Chinese technology providers looking to up this to 900kW.

Unlike its CCS rival, CHAdeMO requires the car to have two separate plugs for rapid and slow/fast charging (one CHAdeMO, the other a Type 2 or Type 1 socket). That’s not necessarily a hassle from a usability point of view, but it does mean a much larger access flap, which can be harder to package into the car’s styling.

While CHAdeMO is less popular in Europe than CCS, it does have one trick up its sleeve: the ability to carry electrical current in two directions, which in theory allows for ‘Vehicle to Grid’ energy transfer. Still in its early days, this technology allows you to use some of the electricity from your fully charged EV to partly power your home, or even sell some of the unused energy back to the National Grid.

Almost all EVs have the capability to be charged from a domestic supply using a familiar 3-pin plug. This charger simply plugs into your home socket and is connected to a small transformer box that has either a Type 1 or Type 2 plug at the other end, which you connect to the car. It’s recommended as an emergency solution (such as when you’re staying with friends and family and need a top-up), because prolonged use can damage your home’s wiring. It must also never be used with an extension lead.

Popular with very early electric cars, such as the G-Wiz, this is also known as the ‘camping connector’. It refers to the plug at the power supply and is the same sort used by campsites to provide electrical power to visiting caravans and campers. You can have it installed in your home, where it will deliver a 3kW slow charge, but it also has the added bonus of working with an industrial standard three-phase supply for fast charging at up to 22kW. 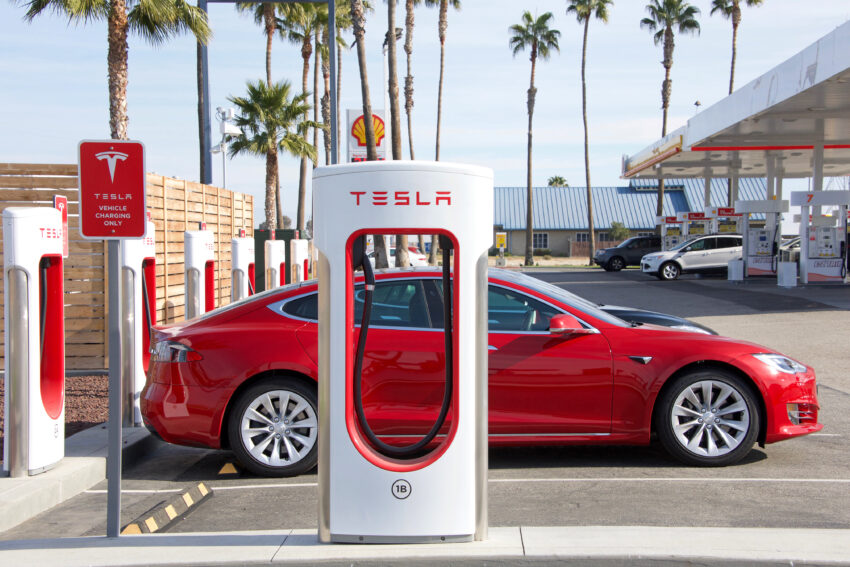 You’re more than likely familiar with the Tesla Supercharger network, with many motorway services home to these multiple charging points. Available exclusively to Tesla owners, all the chargers feature tethered cables and the firm’s own rapid charging compatible Type 2 connector. With the advent of the Model 3 the network is also rolling out CCS connectivity.

This is the most basic slow or trickle charging cable. It’s the one you’ll get with the car that features a 3-pin plug at one end and a Type 1 or Type 2 connector at the other, with an electrical transformer in between.

The second cable you should get with the car is the Type 3, which allows you to connect to an untethered (where the cable isn’t permanently attached to the charging unit) public charging point or home wallbox. Most feature a Type 2 connector at the charger end, then depending on the car either Type 1 or Type 2 plug at the other.