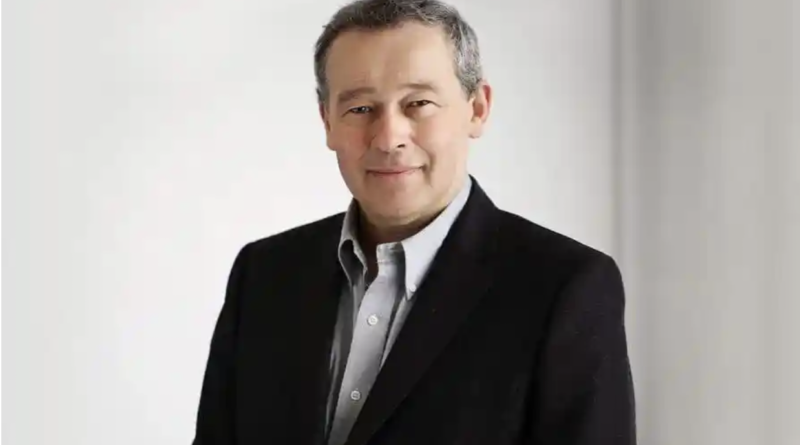 The Lucid Motors boss Peter Rawlinson is fluent in the language of the new breed of electric carmaker: he wants to save the planet and he wants to do it fast.

The California carmaker is only starting production of its hotly anticipated first model in the second half of this year but it has quickly come to be seen as one of the leaders in the pack of would-be rivals to Tesla. A recent $24bn (£17bn) deal to list on US stock markets will give it $4.6bn in funds to play with.

Such is the urgency of the “impending environmental crisis” facing the world, according to Rawlinson, that Lucid is hoping to work with mass-market carmakers to get its technology into production as soon as possible.

Lucid has been “approached by a few car companies this year” over licensing deals, Rawlinson explained. Those talks have yielded “nothing tangible” yet and the prospect of earning revenues from partnerships with other carmakers, he says, remains very speculative. However, there is “mouthwatering potential”, and the right partner could yield an affordable electric car within four years, he says.

He declined to comment when asked if Lucid had been approached by Apple, the iPhone maker that is considering making an electric car.

“The big picture is, I’ve got this dichotomy,” Rawlinson said, speaking via video call from California. “The dichotomy is we need to get millions of $25,000 cars into production fast to save the planet. We’ve got the right technology but as a company I can’t get there for about eight, nine years, and it’s too late.”

A deal with carmakers such as Honda, Hyundai or Toyota (named by Rawlinson) would be the “icing on the cake” for a company – still without a single car sale – which has become one of the flagbearers of the US electric car Spac boom (or bubble, according to taste). Rivals that are also using special purpose acquisition companies (Spacs) to list in the US include the UK’s Arrival and the US’s Canoo, Fisker, Lordstown and Rivian – on top of Chinese contenders such as Li Auto, Nio and Xpeng.

Rawlinson is arguably Britain’s most influential carmaker – albeit one firmly based in California
What sets Lucid’s Spac apart is its size. The $4.6bn funding it will get from the listing, if completed, will include $2.1bn directly from the Spac cash shell and another $2.5bn from investors led by Saudi Arabia’s sovereign wealth fund, which is its biggest shareholder.

That arguably makes Rawlinson Britain’s most influential carmaker – albeit one firmly based in California.

Rawlinson grew up in south Wales, going to school in Cowbridge, near Cardiff. He considered art school but instead studied mechanical engineering at Imperial College London. He worked at Jaguar and Lotus in the UK before joining an ambitious new electric carmaker. That company was Elon Musk’s Tesla, and Rawlinson ended up as chief engineer for Tesla’s Model S.

In 2013, Rawlinson moved to Atieva, which made batteries for the electric Formula E race series. Atieva eventually decided to move into car production, and Rawlinson persuaded it to change its name to Lucid.

Rawlinson is following the Tesla business model closely, from targeting its first cars at wealthier buyers through to starting a home battery business on the side. Rawlinson is complimentary about his former employer, saying it has “the best electric technology in production today”.

Tomorrow might be a different matter. Lucid’s claims for its cars have not yet been proven but they are extraordinary.

The Lucid Air, with production starting in the second half of this year, is aiming for a range of 517 miles for its $161,000 flagship model. Such a long driving distance between recharging would put a stop to the “range anxiety”, which so many motorists cite as a drawback to buying electric.

The Air’s promised acceleration of 0-60mph in 2.5 seconds would also outpace a Ferrari – but with zero exhaust carbon emissions.

There is not one big technological reveal for how this grand aim will be achieved. Instead, Lucid is slicing off inefficiencies wherever it can find them, with battery, gears, power electronics and motor all developed in-house. Examples of important developments are batteries that have a simpler manufacturing process, or a motor that can have coolant pumped directly through it, allowing more efficient heat management.

Lucid employs almost 2,000 people, with 3,000 workers expected to be added in the US by the end of 2022. The factory it has built in Arizona can theoretically make 34,000 cars a year. By 2023 it is hoping for about 90,000 units when it will be selling a seven-seater SUV that currently has the moniker “Project Gravity”.

By 2025 it speculates it will have revenues of $14bn – which would represent an astonishing growth rate. Five years after that it hopes to produce 500,000 cars a year, possibly with factories in China and the Middle East. That would still only be a fraction of mass-volume carmakers with similar valuations but it would not be for a lack of ambition on Lucid’s part.

“All mankind will benefit from the technology we bring in this high-end product,” Rawlinson said, “because it will cascade down to more affordable cars that we’re going to make in the future.”