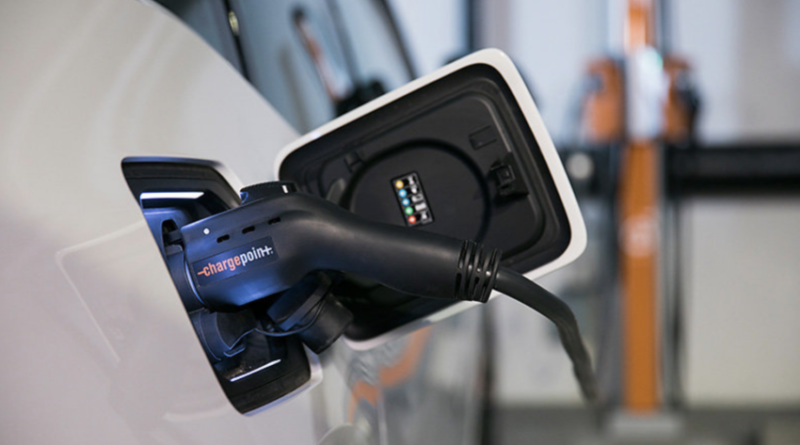 Electric mobility is here — and it’s accelerating. Automobile manufacturers, long regarded as bastions of the status quo, have woken to today’s realities and plan to invest nearly £2 billion in EV technology and innovation by 2023.

Here André ten Bloemendal is VP – Europe for ChargePoint explains that the volte-face is being driven by climate policies such as stricter CO2 emissions standards and upcoming fossil fuel bans in European city centres including London, Paris and Rome; as well as changing consumer preferences and intense competition from electric-only rival Tesla.

This year alone, manufacturers are on track to introduce 33 new battery electric vehicles (BEVs) to the European market, a number set to triple to 100 by 2022. Automakers aren’t the only ones who will profit from the new era of transport. Businesses of all kinds can begin realising the benefits of e-mobility today.

According to Parliament, up to 10.6 million electric vehicles may appear on UK roads within the coming decade. Yet, in a city such as London where fewer than 1 in 5 people have access to off-street parking, charging an EV at home is often neither practical nor safe.

Forecourt and rapid charge points make sense for topping up whilst shopping or for longer trips, but they are not a convenient or viable solution for the daily fueling needs of most drivers. The solution then is workplace charging, the business advantages of which go well beyond simply making sure employees are able to commute to and from work.

More than ever, people expect more from their jobs than simply a paycheque. In fact, one recent survey found that more than half of UK workers cite job happiness as more important than salary when it comes to choosing an employer. The happiest are those doing meaningful work at an organisation that prioritises sustainability. In the US, 40 percent of millennials have already chosen to work at a socially responsible company, while 42 per cent would take a pay cut to do so. Offering workplace EV charging is a way for companies to attract those valuable workers. It’s also more effective than many other employee benefits including oft-vaunted wellness schemes.

Government incentives can help offset infrastructure costs, making it a surprisingly affordable perk as well. And because EV drivers are a tight-knit (and competitive) bunch, there’s a compelling argument to be made for improved engagement, productivity and retention as well.

In the US, employees with access to workplace charging are 6X more likely to drive electric, while here at home they’re even willing to pay more for the car! Due to its visibility, workplace charging also signals to consumers that a company not only cares about its employees but that it’s serious about sustainability. What organisation wouldn’t benefit from a happy, loyal and growing workforce and customer base?

If that’s true, workplace EV charging offers a compelling solution for businesses seeking to hire, engage and retain top talent, while helping pave the way for e-mobility in general, which, according to the Government, is the “least-cost pathway” toward reaching the country’s desired goal of net-zero GHGs by 2050. For forward-thinking leaders, workplace charging offers an outstanding ROI that aligns their business goals with those of society and the planet. And what’s more laudable than that?