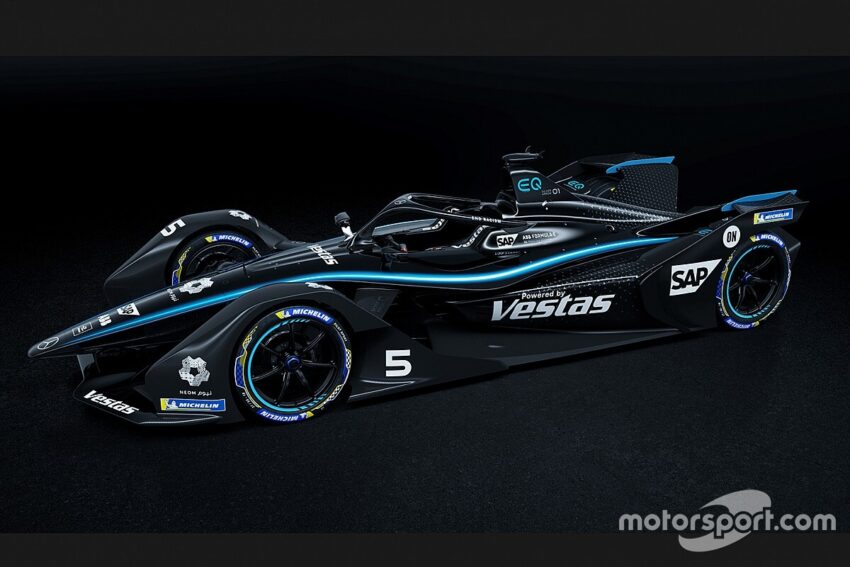 The Mercedes Formula E team will change to an all-black livery for the remainder of the 2019-20 season in support of the fight against racism and discrimination.

Both Silver Arrow 01 cars of drivers Stoffel Vandoorne and Nyck de Vries will move to a black base layer, while sporting the End Racism slogan on the halo, with the marque traditionally having raced in silver since 1954.

This change will come into effect for the six Berlin races at Tempelhof Airport, which will conclude the current season and are set for 5/6, 8/9, 12/13 August.

The move follows the Mercedes F1 team, which has been running a revised all-black livery on the W11 for the 2020 season.

Bettina Fetzer, vice president of marketing for Mercedes cars, said: “In Formula E too, we intend to use the voice we have on our global platform to make a stand against racism and discrimination and in support of greater diversity and tolerance in society.

“The decision to change the distinctive look of our electric Silver Arrows underlines our stance in favour of openness and respect in our dealings with each other.

“The black base livery of our racing cars is a reminder to all of us of the need for ongoing, long-term consolidation of our values and of mutual respect.”

Mercedes F1 will also launch a new diversity and inclusion programme before the end of the season to address the lack of diversity within the team, with just 3% of its workforce identifying as belonging to a minority ethnic group.

FE team principal Ian James added: “We have always spoken out clearly against racism and all forms of discrimination, as they do not have a place in our team, in our sport or in our society.

“However, recent events around the world have shown that we all need to do more to use our platform to speak out against racism and discrimination.

A statement from Mercedes said that the team was holistic in its approach to fighting discrimination, and to improve the quality of life in cities by increasing sustainability.

James continued: “We know that we have to invest a lot of time and commitment in order to develop the right strategy.

“We have started work on it for our outfit and will conduct the way our team acts accordingly.”

The Team’s goal is holistic in approach, to improve the quality of life in cities in a sustainable manner. That also means supporting diversity and integration programmes that are effective at a local level.

“Racing is an industry, in which ethnic diversity and gender equality have traditionally not been very prevalent.

“So, there is still a long way to go to compensate for the imbalance in all areas of our workforce.

“Together with our partners, we see it as a duty to promote and train young talents – regardless of ancestry or gender – in order to give them the opportunity to join Formula E in the years to come.”