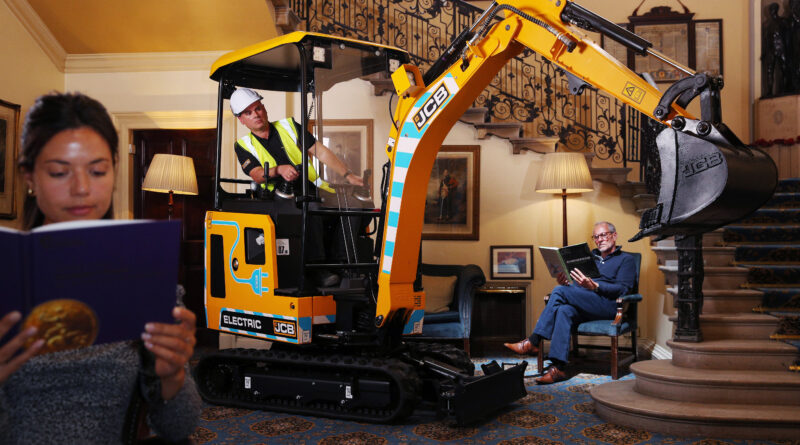 The Royal Academy of Engineering has today announced JCB’s electric digger (19C-1E) as the winner of the 2020 MacRobert Award, the most prestigious prize for UK engineering innovation.

The 19C-1E excavator is the world’s first volume-produced fully electric digger and with it, JCB has shown it is possible to make powerful construction machinery without an internal combustion engine. To date, the current fleet has saved the equivalent of 15,100kg in CO2 emissions across 5,616 hours of work, but if used across the global construction sector, which contributes 39%[1] of all carbon emissions, these savings could reach billions of tonnes.

The announcement is especially timely following the Prime Minister’s commitment to putting building and construction at the centre of the government’s plan for the UK’s economic recovery.

As well as significantly reducing carbon emissions, the electric digger has zero exhaust emissions and very low noise levels. This combination makes it much better suited than traditional construction vehicles to operating inside buildings or in areas where noise must be kept to a minimum, for example near hospitals and schools.

JCB, the iconic British brand and world leader in the manufacture of construction and agricultural equipment, launched the digger in 2019 and has already sold hundreds of the machines.

The MacRobert Award judges lauded JCB for demonstrating the utility of electric machines in a construction setting and the potential for future innovation to boost sustainability in the sector.

The hope is that this entry could do for the construction sector what the double MacRobert Award winner Johnson Matthey did for the motor industry with the catalytic converter, which has stopped hundreds of millions of tonnes of pollution from entering the atmosphere.

Professor Sir Richard Friend FREng FRS, Chair of the Royal Academy of Engineering MacRobert Award judging panel, said: “JCB’s electric digger is a huge engineering achievement. The team has developed all parts of the electric propulsion system to deliver system performance that matches real customer requirements. This is a huge achievement in itself, but the additional benefits of zero exhaust emissions and much lower noise has lifted the 19C-1E excavator to a new level. The digger is more than a great bit of engineering, however. It has the power to be the catalyst for change in an industry that is responsible for around 10% of all of the UK’s carbon emissions.”

JCB Chairman Lord Bamford said: “To win one of the world’s most respected engineering prizes is an outstanding endorsement for JCB’s electrification team, who have achieved so much in applying a science which was new to our business. JCB’s electric mini excavator will contribute to a zero carbon future and help make the world more sustainable. It’s a huge honour for our contribution to be recognised in this way.”

The MacRobert Award is run by the Royal Academy of Engineering with support from the Worshipful Company of Engineers. Since 1969 it has recognised engineering achievements that demonstrate outstanding innovation, tangible societal benefit and proven commercial success.

The first award in 1969 was made jointly for two iconic innovations: to Rolls-Royce for the Pegasus engine used in the Harrier jump jet, and to Freeman, Fox and Partners for aerodynamic deck design of the Severn Bridge.