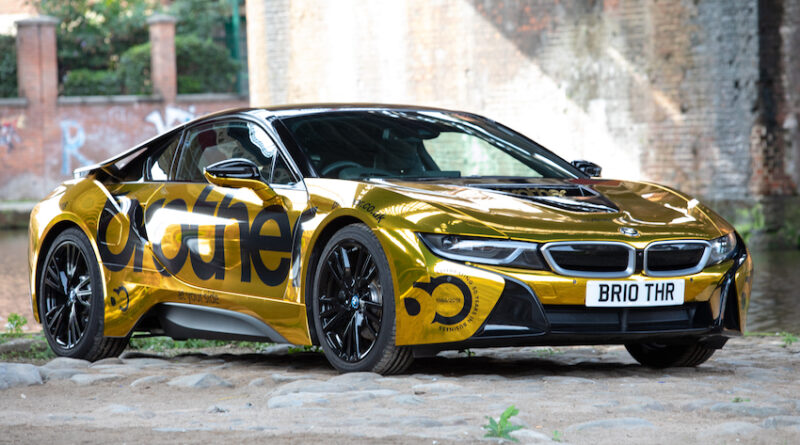 Phil Jones, the UK managing director of electronics firm Brother, shares his experience with the company’s promotional BMW i8.

Tell us about your EV?

It’s a 2018 BMW i8 which we acquired to celebrate the 50th anniversary of the business. The intent was to use it to take around our dealer network as well as exhibitions and trade events.

What do you like about the exterior of your car?

I always liked the lines of the i8, particularly the rear wings and butterfly doors but felt it could be accentuated. We did a full wrap of the vehicle in a gold chrome and gloss black which absolutely changed the exterior look of the vehicle for the better.

What about the inside?

I was a little disappointed in the cabin. I’d been a BMW owner for about twenty years and it was like a slightly upgraded 5 series cabin. I thought the designers should have been more adventurous on the inside.

What do other people think of your car?

It did exactly what we thought it would, arrest attention. You can’t take it anywhere without people wanting a picture or a discussion about the wrap or performance of the car. Pre-pandemic there was always someone inside it having a picture taken, which is exactly what we wanted. It’s featured in trade magazines and shows and thousands of images on social media.

Performance wise it’s a very easy car to drive and has great balance. You can potter around in it no problem, yet you also have high performance if you need it. I love the conversations the car starts too.

Cabin and boot space. There isn’t really much room to put anything which makes overnight stays a challenge!

If you could go back to the time you bought it, would you go for something different?

No. We wanted an electric sports car which would be a real head turner and at the time, this was the vehicle which met all of our criteria.

What are Brother’s fleet plans regarding electric cars?

We plan to migrate the fleet over to EV as soon as viable.

We conducted a study only in the last two months to see if we had reached a tipping point to begin that migration, however, the governments withdrawal of the plug-in car grant for vehicles over £35,000 meant we couldn’t make the financials work at this time.

We do expect this to change as manufacturers bring more offerings to market, prices come down and battery ranges increase. It’s being kept under close review.

What does the current fleet consist of currently?

The fleet is around fifty vehicles, mostly of German origin across the three well known Marques.  We currently have three EV’s with the remainder being PHEV.